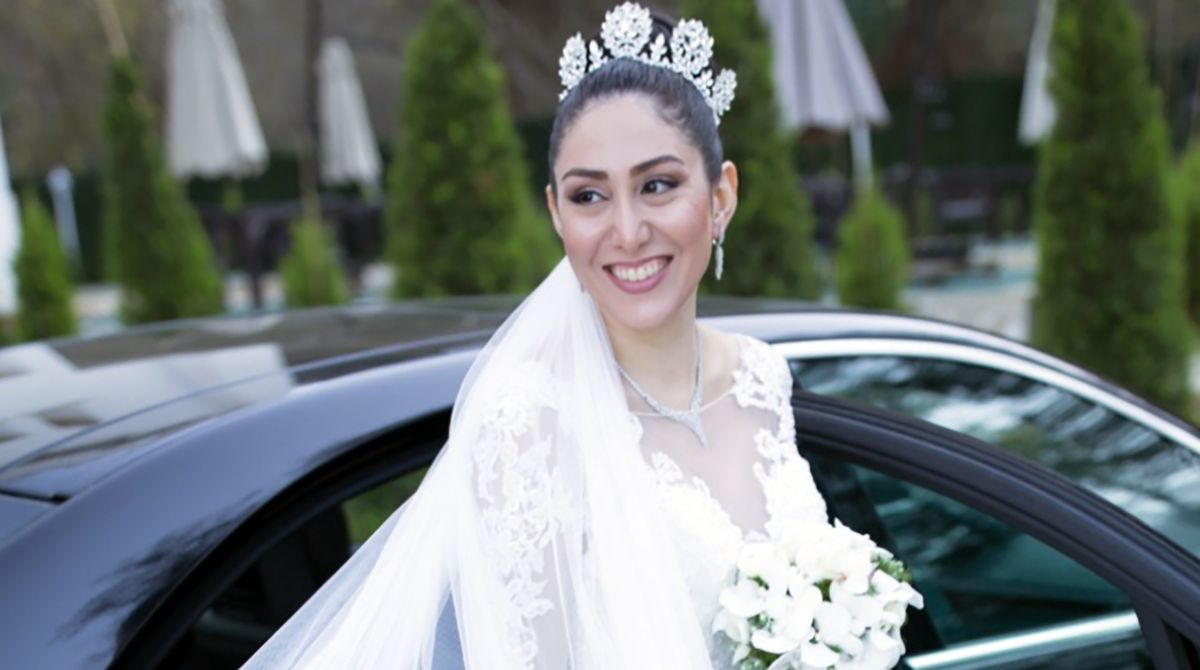 A new scholarship has been set up in memory of Kingston University postgraduate student Niloufar Ebrahim, one of 176 passengers and crew who lost their lives when a Ukraine International Airlines flight was shot down in Iran two years ago.

Niloufar and her husband Saeed Tahmasebi Khademasadi were among those who died when passenger plane Flight PS752 was hit by Iranian surface-to-air missiles shortly after take-off from Tehran on 8 January 2020. The couple had been returning to London to start their lives together, after celebrating their wedding in the Iranian capital just weeks earlier.

To continue Niloufar’s legacy, the Niloufar Ebrahim Scholarship in Memory of Flight PS752 Victims is being launched to support one outstanding international Masters student to study at Kingston University’s Faculty of Business and Social Sciences. The University has come together with Niloufar’s family to set up the scholarship, with friends, course mates and members of the public also invited to donate to the fund through a KU Backer initiative.

Niloufar, who was just 34 when she died, had been due to attend her graduation ceremony shortly after her return to the United Kingdom. She had completed an MSc in Occupational and Business Psychology and had been passionate about improving the lives of other people, her family said.

Enrolling at Kingston University after completing an undergraduate degree in computer engineering in Iran, Niloufar had been looking forward to caring for others in her new career, they added. She had already undertaken charity work with not-for-profit international development organisation Voluntary Service Overseas (VSO) alongside her studies.

Niloufar's sister, Navaz Ebrahim, said it had been important for her family to work alongside the University to launch the scholarship. They hoped it would support students with a similar passion for helping others to follow in her footsteps. “Niloufar was a bright, kind and caring person, with hopes and dreams that were tragically taken away from her,” Navaz said. “It is our hope to continue her legacy with this scholarship and keep her memory, and that of all other innocent victims of Flight PS752, alive.”

Professor Javier Ortega, Acting Dean of the Faculty of Business and Social Sciences, said the scholarship was a fitting tribute to a student whose passion, warmth and kindness would long be remembered by those who knew her.

“Niloufar touched the lives of so many staff and students,” he said. “Although I did not personally know her, many of my colleagues did and they remember her as an enthusiastic, engaged student with a real sense of fun, who cared deeply about others and was a popular member of her cohort.

“We are delighted, with the support of her family, to be able to provide opportunities for others who share Niloufar’s passion and ambition to study at the University through this scholarship in her memory.”

During a special memorial service in February 2020 attended by Kingston University staff and students as well as family and friends, Navaz paid tribute to her sister and brother-in-law. "What we remember from Niloufar and Saeed are love, joy, hope and peace. They were each other's true soulmates,” she said at the time. “Sadly, they left us too soon. They are always missed, but always remembered in our minds and eternally live within our hearts." The family is continuing to campaign for those who lost their lives as active members of The Association of Families of Flight PS752 Victims.

Course mate Alice Mukabalisa joined those sharing treasured memories of her friend at the memorial event. "Niloufar was kind to everyone," she said. "When we worked in groups, she was always so motivated and worked so hard. We all respected her for that. It breaks my heart that she wasn't there to graduate with all of us. She will always be remembered among her friends and all the people who loved her."