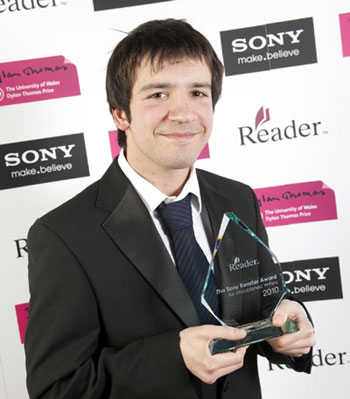 A book about an eccentric teenager with superpowers has won Kingston University graduate Stefan Mohamed a prestigious new award. Stefan's novel 'Bitter Sixteen' will now be published in eBook format.

Stefan, who graduated with a first class honours degree in creative writing with film studies, said he wanted to use the prize to fulfill his lifelong ambition of becoming a full-time author. "This is the kind of opportunity that few new writers get. It's something I've been working towards since I was a child - the only thing I've ever wanted to do is to be a writer," he said.

Stefan said his success was due, in part, to the support and inspiration he received from his parents Katie, a teacher, and Rafi, a graphic designer who used to write stories and read them to him when he was young.

Stefan's novel was chosen from a shortlist of three by a panel of experts including former Catatonia front woman Ms Matthews and screenwriter Andrew Davies. "'Bitter Sixteen was the freshest of the shortlisted novels. I raced through it like I was reading a comic book," Ms Matthews said. Peter Stead, 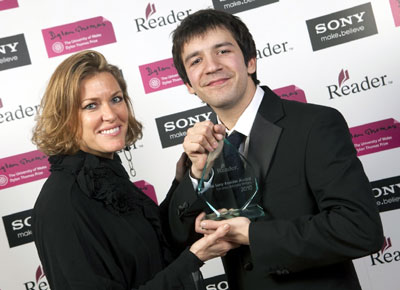 Chairman of the Dylan Thomas Prize, said: "The judging panel saw excellent qualities in all three entries but after a long debate, we went for the novel we thought was the most original and surprising."

Bitter Sixteen was inspired, in part, by Stefan's childhood in Knighton, Powys - the novel tells the story of Stanly Bird, a solitary, eccentric teenager who lives in a quiet town in Wales where nothing happens. However the similarities with real life end there, after Stanly gains superpowers on his sixteenth birthday and is persuaded by his talking beagle Daryl to become a superhero. Stefan is hoping the coming of age adventure tale will be published in print as well as e-Book format.

Stefan wrote the first draft when he was 16. It took him a year. He re-wrote the book while he was at Kingston and has already written a sequel. Explaining his passion for writing, he said: "I always did a lot of reading and watched a lot of films and enjoyed writing stories at school. Then when I was given a word processor I taught myself to type and it took off from there."

Kingston University creative writing lecturer Todd Swift said: "This is testament, if anything is, to the value of what we do here at Kingston, and I for one am very pleased for Stefan, and proud of what he's achieved and achieving."

Stefan has also been awarded Kingston's special creative writing prize, given annually to students who excel in the subject.