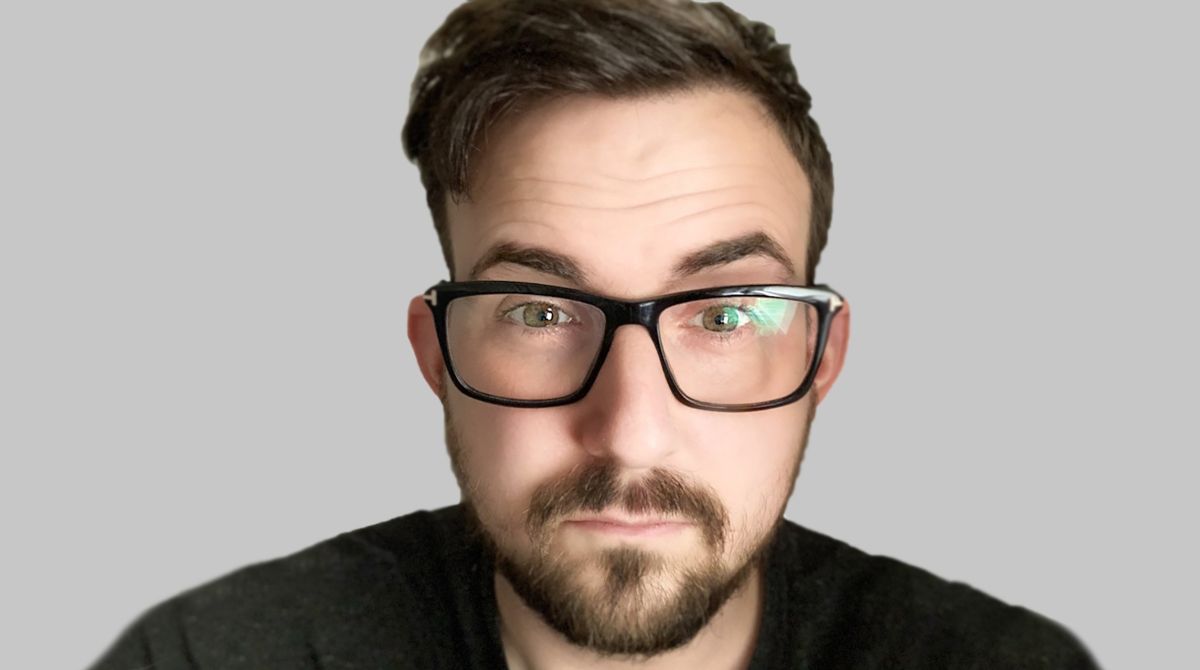 Visibility and inclusion campaigner Daniel Tomlinson-Gray led a discussion with Kingston University staff and students on the importance of positive visible role models and an inclusive curriculum in our education system for LGBT+ young people. 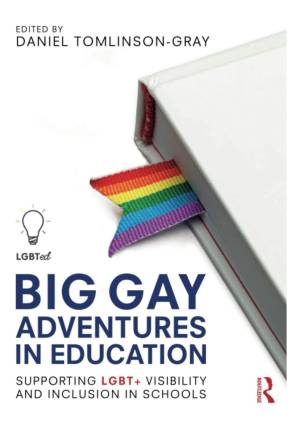 told his audience about successful ways of increasing visibility and how the University community can continue to support and embed inclusivity in the curriculum. He was invited to speak in response to his book, Big Gay  Adventures In Education: Supporting LGBT+ Visibility & Inclusion in Schools, an inspiring collection of 24 stories written by ‘out' teachers and their students.

During his talk, Mr Tomlinson-Gray shared his experience of prejudice and bullying as a schoolboy at a time when the Section 28 series of laws created a challenging and homophobic environment.

He contrasted this with the overwhelmingly positive reaction he received when he ‘outed' himself, after nine years as a teacher, in front of more than 1,000 secondary school pupils during an assembly celebrating LGBT+ History Month.

His action gained widespread media coverage and he used his new profile to co-found LGBTed, a network of more than 6,000 LGBT+ teachers and leaders, while continuing to work as a secondary school teacher. The network aims to increase LGBT+ visibility in the education system and empower LGBT+ teachers to be their authentic selves and support students. It also led Mr Tomlinson-Gray to bring together the inspiring collection of stories in his book.

"When I came out in my school assembly, the response was overwhelmingly positive. I received messages of support from all over this country and the world," recalled Mr Tomlinson-Gray. "After this experience, I wanted to empower other people to make positive change in their schools by sharing similar stories to mine."

Mr Tomlinson-Gray told the audience that this was more important than ever due to a culture war with different minorities pitted against each other by the media, alongside funding cuts to equality, diversity, and anti-LGBT+ bullying projects in schools. He quoted from a Stonewall School Report 2017 that said nearly half of all LGBT+ students and 64% of transgender students reported being bullied for their sexuality. While half of those polled regularly heard homophobic language, and around 50% did not know an adult at their school they could talk to.

"The main issue facing LGBT+ children in our education system is the lack of LGBT+ role models. How can an LGBT+ young person grow up to be successful and feel valued and respected if they never see themselves represented," he said.

Now, as co-founder and director of LGBTEd, Mr Tomlinson-Gray is collaborating with colleagues and partnership organisations to achieve positive change in the education sector for LGBT+ teachers and students. The organisation's Proud Leadership Programme provides training to help teachers at all levels in schools and universities to be their authentic selves and have the confidence to apply for leadership roles.

Representatives from LGBTEd also work with schools and universities on how they can support LGBT+ staff and students and increase visibility and inclusivity in their organisations. In addition, the network runs an inclusive curriculum programme, sharing advice and information to educators on creating a curriculum that is more inclusive.

Life at University proved to be a different experience to that of Mr Tomlinson-Gray's time at secondary school. "Although I still did not know who I was and was not sure about my sexuality, being in a university with its support network and meeting different kinds of people made it my saviour," he said.

Mr Tomlinson-Gray praised Kingston University for its work on inclusivity and advised on how the progress can be built upon. "Your university is doing some fantastic work around inclusivity – you are living and breathing what you say," he said. "There are ways you can continue to help your students: always be authentic, be an ally to support your LGBT+ students and always tackle any form of homophobia. These things can really save lives."

The University has been committed to providing an inclusive curriculum to its students, with the development of its Inclusive Curriculum Framework used by staff to design courses that are meaningful and relevant to the University's diverse student body.

The talk was co-organised by the University's LGBTQ+ Staff Network, which was formed in recent years, and the Learning and Teaching Enhancement Centre which supports staff in their professional development.

"We were delighted to welcome Daniel to speak about his experiences," Stephen Mason, co-chair of the University's LGBTQ+ Staff Network and a senior lecturer in dance at Kingston School of Art, said. "Daniel's talk was heart-warming and a powerful reminder that the purpose of university is not only for our students' academic development and chosen careers but also for their personal and social development, and that inclusivity is so important for every person in our university community."

Annie Hughes, Head of Learning and Teaching Enhancement at the University, said: "Daniel's talk was an incredibly powerful reminder that, as educators, we must embrace the principles of our inclusive curriculum framework, ensuring that our University curricula and educational contexts reflect the diverse identities, backgrounds and experiences of all our students. In so doing, we are enhancing the learning for us all and equipping ourselves to live and work competently and responsively in our globalising world."