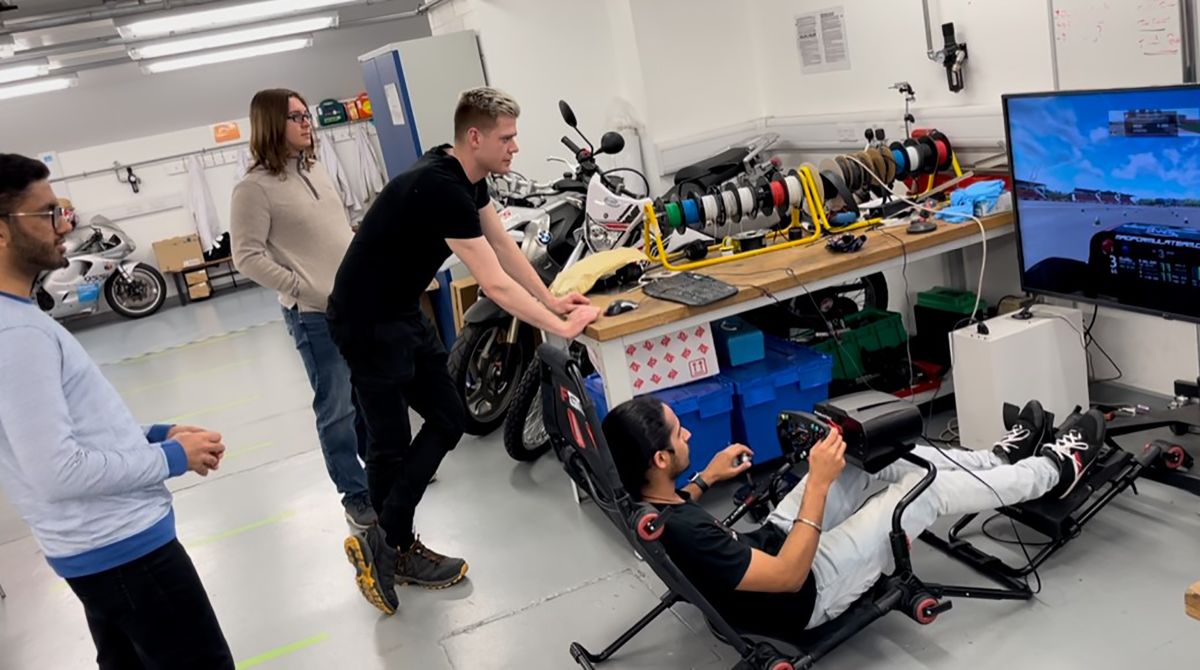 Preparations for this year's Formula Student competition are well underway, with student engineers from Kingston University getting ready to take on teams from around the globe at Silverstone in July.

Last year, the Kingston Racing team secured the institution's best-ever finish after a fantastic effort in the endurance event at the home of British motorsport. It helped take Kingston University to seventh place overall, a huge improvement on the previous finish of 69th place out of 80 in the 2019 event.

University teams from across the world are challenged to design, build and run a single seat race car for Formula Student, with Kingston University's student engineers supported by academics and technicians from the Faculty of Science, Computing and Engineering.

This year was set to be even more competitive, with a number of new international teams taking part in the annual Institution of Mechanical Engineers (IMechE) event, Kingston University academic lead and engineering lecturer Patrick Sheen said.

"We learned a lot from last year's event and are looking to build on our success and pit ourselves against some great university teams in July," he said.  "The chassis has now been assembled, and our students have been designing and constructing a range of new parts as well as repurposing some elements from the 2021 entry."

This year's car will be equipped with a new aerodynamics package, suspension components and electronics, though a lot of the chassis remains the same, Mr Sheen said. "If we were to change too much at once it would become difficult to track which changes have been successful and which haven't. Ultimately it's a learning experience for the students and they really need to be able to see how and why the developments have benefitted the team overall."

One of the pieces built in-house this year was the lightweight carbon fiber hood, with Kingston Racing's composites team settling on a design that retains stiffness while remaining lightweight.

"We came up with different combinations of carbon fiber and chose a bidirectional one because it helps us to withstand stresses in two directions," Advanced Product Design Engineering and Manufacturing MSc student Harish Mallaya Natarajan said. "We settled on a black and red colour scheme for the hood and are all really pleased with how it's come out."

Another new addition this year is a turbocharger, which aims to improve the performance and efficiency of the car's engine. "It allows us to get more power out of the car but more importantly it allows us to make silly noises which everyone loves," Mechanical Engineering BEng student Erik Radzius said. "We're also using a differential this year rather than a spool, which allows the wheels to turn independently and should give us a better track performance."

While the car is being assembled, the team's drivers are using a racing simulator to understand exactly how the finished car will perform, Dhruv Goenka, one of the team's mechanical engineering (automotive engineering) students, explained. "The sim allows us to replicate how our car will be driving – from changing the ride height to adjusting the amount of feedback we get from the steering wheel to match the amount of force we'll be facing," he said. "We're all really looking forward to putting the experience we're gaining into practice when we get behind the wheel of the car on the Silverstone track."