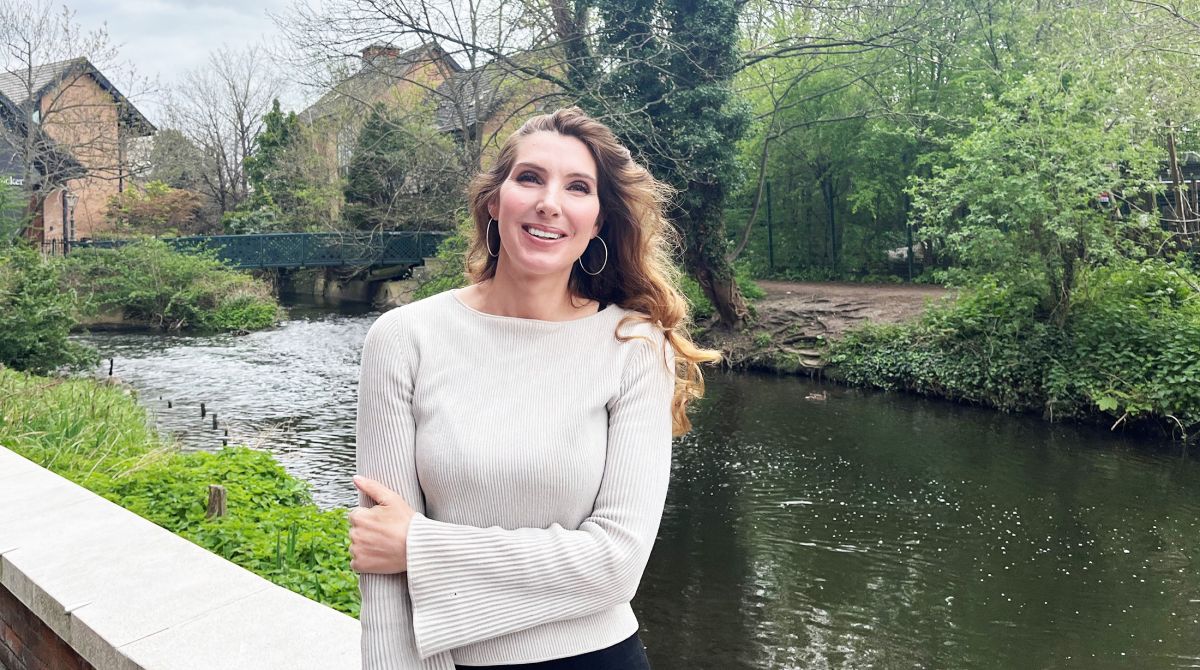 Dr Helen Wickstead set up Recycle Archaeology to provide alternative uses for archaeological material that would otherwise be thrown away.

A rare 18th Century anti-slavery tobacco pipe, a 400-year-old Chinese white gold bowl and Stone Age tools are some of the fascinating archaeological finds that a Kingston School of Art lecturer has saved from the rubbish tip.

Senior lecturer in museum and gallery studies Dr Helen Wickstead is leading a campaign to save thousands of pieces of history that cannot find a home in museums. To help to achieve this ambition, Dr Wickstead has formed Recycle Archaeology – an action group aiming to create social and sustainable uses for this material for the benefit of students, school pupils, and the wider community. 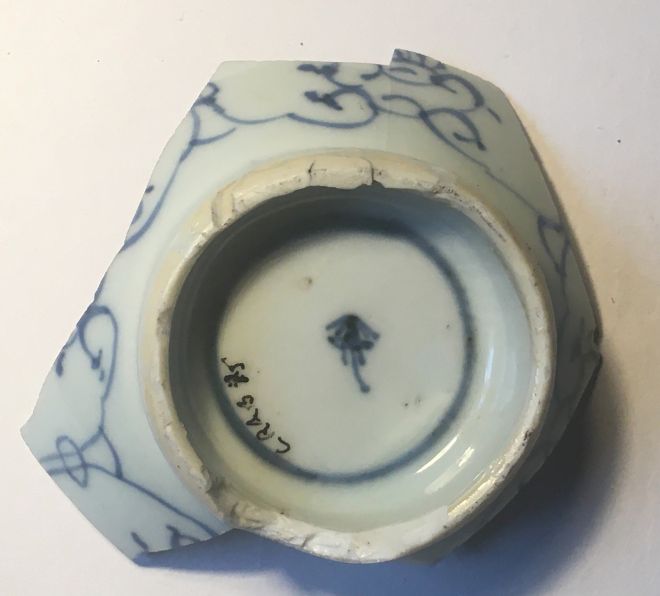 This porcelain dish originates from China during the reign of The Kangxi Emperor which features a Buddhist symbol that means good health.Every year, archaeological projects generate thousands of finds that museums do not have the space or funding to preserve. Many of these finds, known as de-selected materials, end up reburied or in skips or landfill rather than recycled or used for educational purposes. Working with Kingston University, schools, museums, public libraries and community groups, Recycle Archaeology aims to find social, educational and alternative uses for archaeological material that would otherwise be thrown away.

“It struck me that there must be a way of preserving the value of this material while sharing it with the public in a more productive way than putting it out with the rubbish,” Dr Wickstead said. “More research is needed into what happens to de-selected artefacts, but my experience suggests that many finds are going to landfill because there are few other options. Recycle Archaeology is trying to find more ways in which society can use this material creatively.”

More than 12,000 artefacts, from excavations in south west London, have been saved, from 6,000-year-old stone tools to pottery, tankards, apothecary bottles, coins, military medals and even animal bone.

They include an anti-slavery tobacco pipe, dating from the 1780s, which features a kneeling slave motif and anti-slavery slogan designed by the potter and abolitionist Josiah Wedgwood. “This motif was particularly popular with the women’s abolitionist movement, so it’s possible that the pipe smoker was a woman,” Dr Wickstead, said.

Other items include a Chinese porcelain bowl dating from the turn of the 17th Century at the height of the white gold craze in London, the term coined as porcelain was only produced in China at the time.

The organisation has carried out Pub Archaeology events, during which invited specialists helped the audience to identify and record some of the finds. “We want to inspire people to put this material to good use by giving it to interested individuals, schools and colleges, libraries and community projects rather than throw it into landfill,” Dr Wickstead said.

There have also been more than 30 object-handing sessions in primary schools, allowing pupils to touch the pieces and discover what they might reveal to them about the past. Meanwhile, students from Dr Wickstead’s Museum Studies MA course have made museums-in-a-box for classrooms and helped pupils create their own mini displays. 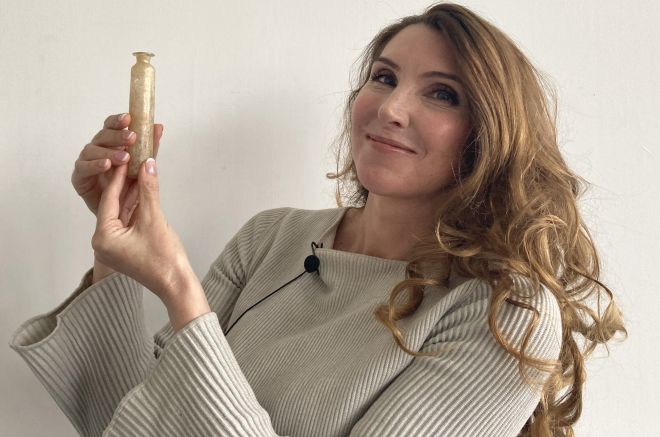 This glass apothecary bottle dates back to the 1700s and was found outside Chelsea Physic Garden.“For a lesson about the Vikings, one of my students made a display of traditional games using 19th Century handmade pottery cubes, from our collection of finds, which were used for a game called knucklebones. This game was popular during Viking times, as well as throughout the ancient world and played in London for hundreds of years,” Dr Wickstead explained. “It brought to life the games played over the centuries and the communities that played them.”

The organisation has run workshops at Kingston Museum, inviting visitors to make mosaics from ceramics, glass, and shell from its collection of finds. A collaboration with local charity Balance will help people with learning disabilities make and exhibit their own museum displays. Meanwhile its collection of animal bones, with butchery marks and evidence of disease, have been used for a laboratory practical for forensic science students at Kingston University.

Recycle Archaeology is now fundraising for a recycling depot in London that could collect and redistribute deselected materials to interested groups with the ambition to create recycling depots all over the country for discarded archaeological finds.

“The ultimate purpose is to put the past into the hands of everyone and enable our students, schools and the community to benefit from seeing and handling this material to enrich their lessons and learning,” Dr Wickstead said.