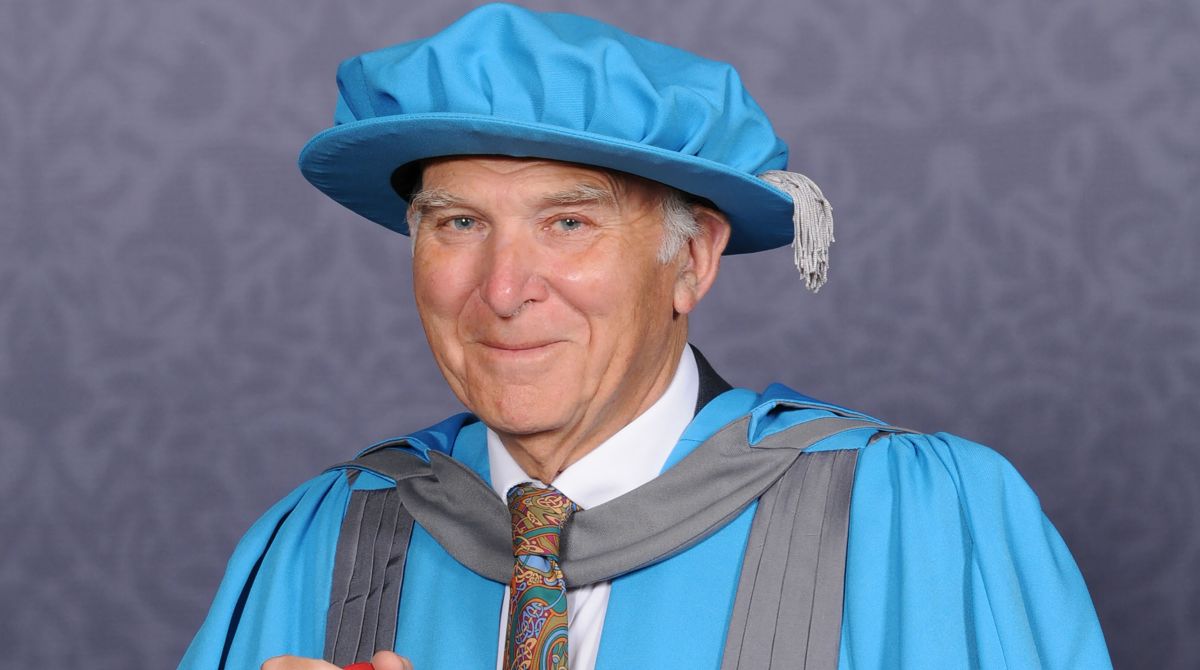 Former Liberal Democrats leader Sir Vince Cable has been awarded an honorary degree by Kingston University in recognition of his lifelong achievements in politics and economics. He crossed the stage at Twickenham Stadium in the heart of his former constituency in the company of hundreds of Kingston University graduates celebrating their degree successes.

As he took centre stage, Sir Vince told the audience of graduates and academics that the recipients of honorary degrees were not the stars of the graduations. “The heroes of the day are the students who earned their degree the hard way and, moreover, had to study and be tested for two years living under the restrictions of the pandemic,” he said. “The pandemic is now receding into history, at least in the UK, but for young people at school and college it has been a defining experience,” he added.

Although best known for his time at the helm of the Liberal Democrats and for his role as Secretary of State for Business, Sir Vince has held a multitude of roles across different sectors, among them chief economist at Shell, a Treasury official in Kenya, university lecturer, best-selling author – and even a brief stint as a celebrity ballroom dancer on the BBC show, Strictly Come Dancing.

His career trajectory into politics wasn't direct as Sir Vince was also passionate about drama as child, an aspiration cemented when he played the lead role in Macbeth at school, he said. "It wasn't clear what I was going to do. As a youngster I enjoyed acting, as well as politics, and it was acting that got me into public performance," he recalled.

Sir Vince got a taste for politics as an undergraduate at the University of Cambridge and while working in East Africa. On his return to the United Kingdom, he campaigned on housing and anti-racism issues as a local Labour councillor in Glasgow from 1971-74. "I was motivated by the idealism of youth," he said. "I was living in a city with widespread poverty and terrible housing conditions, so I campaigned on those issues. I was also heavily involved in anti-racism and anti-apartheid themes." 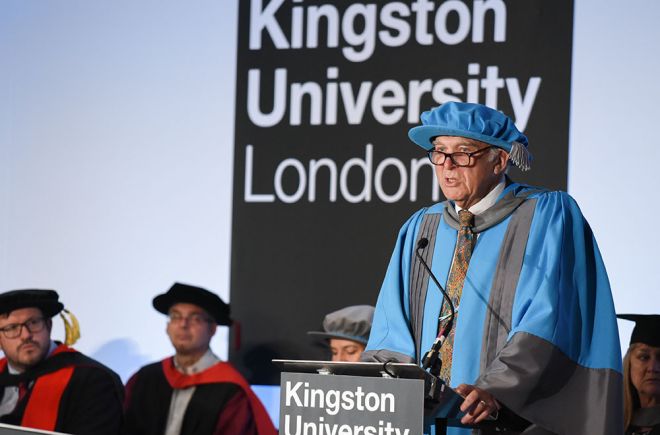 The path to parliament was a bumpy one, however, as it took Sir Vince five attempts over 30 years before he gained his seat in Twickenham in 1997. This required persistence and resilience and he credits his late wife, Olympia, for providing moral support during his campaigns. "It was difficult to keep going. My wife was suffering from cancer and needed a lot of care and support. I also had to support the family and was doing a challenging job as chief economist for Shell. Trying to keep all those things going required a lot of stamina," he said.

Sir Vince said his most memorable period of national politics was during the Conservative-Liberal Democrats coalition government when he served as deputy to Liberal Democrats leader Nick Clegg and Secretary of State for Business, Innovation and Skills.

He managed an extensive portfolio of business, trade and banking, as well as policies on universities, colleges and science. "There were some difficult and controversial issues at that time, such as the banking crisis. My most important achievement at that time was pushing through the reforms to the banking industry, which have made the banks a great deal safer today," he said.

Other legacies include setting up the British Business Bank, which provided support for businesses during the pandemic, and the Green Investment Bank, which funded expansion of offshore wind power generation, creating the Industrial Strategy to help revive key British industries like motoring, aerospace and pharmaceuticals, and setting up the Catapult Network of centres of innovation to support industry.

Sir Vince said he was honoured to receive an award from Kingston University. Congratulating graduates at the ceremony, he described achieving a degree as an excellent investment for the future as it prepared students for a life of learning. "It's important for graduates to consider that higher education is the first step. Their degree is about learning how to learn, it's not a fixed body of knowledge. In the course of their careers they may do as many as 10 different jobs, this means they'll have to be adaptable, so learning how to learn is crucial," he said.

Although he retired from politics in 2019, the father of three and grandfather of three, who still lives a stone's throw from the stadium where he collected his honorary degree, remains extraordinarily busy. With a range of fiction and non-fiction books already published – including The Storm, a best-seller about the financial crisis – Sir Vince is working on two new titles to be released later this year. One is a satire about how to be a politician and the second a joint memoir, written with his second wife, Rachel Smith, giving a shared account of the decade from 2010-2019.

Sir Vince is patron to numerous charities including CrossRoads Care, Together as One and SPEARLondon. He writes a weekly column for the Independent, is visiting professor at LSE, University of Nottingham and St Mary's University in Twickenham, and is launching a business start-up involved in the distribution of hydrogen for the transport sector.

Categories: Enterprise and business, On campus