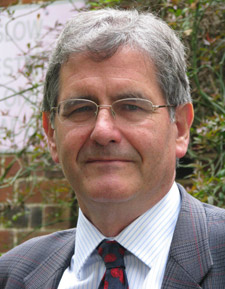 If university students find themselves paying fees of more than £6,000 a year, how will they be able to ensure they are getting good value for money? The answer, according to academics and students at Kingston University, may lie in an idea that's proved influential in Japan and India.

Kingston has set up what is thought to be the first Student Quality Circle at a British University. Quality Circles are groups of students who identify issues surrounding their learning and work out ways to resolve them. Lecturers play a back seat role as facilitators.

"If tuition fees are to double then the option of carrying on business as usual is not there," Professor Richard Ennals, who encouraged the setting up of the Quality Circle, said. "It's time to jump in with fresh ways of doing things. The Government's Comprehensive Spending Review could turn out to be the tipping point."

Quality Circles originated in post-war Japan as a means of involving manufacturing workers in the decision-making process in their factories and drawing on their ideas. They were exported to India where they became popular in schools, but, until now, the concept has not been expanded to British universities.

The students involved in the Quality Circle at Kingston University's Faculty of Business and Law are being assisted by Priya Darshini Baligadoo, who has set up Quality Circles in schools in her native Mauritius. "The pupils identify something that is affecting their learning, perhaps relating to the buildings, equipment or other resources, and try to solve it." she explained. 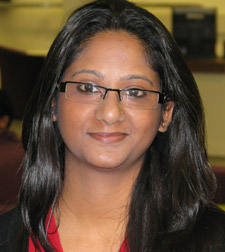 "Here it is very different. Students really are in charge of their own learning," she said. "They're moving away from a system where the teacher is the 'responsible adult' to one where they are active participants in the educational system." Priya is a UNESCO fellow at Kingston University, supported by the Japanese government. Her work focuses on peaceful conflict resolution, and includes an evaluation of Students' Quality Circles.

Professor Ennals initially introduced the concept last year to final year undergraduates taking his international human resource module. The group focused on practical problems faced by students. Students Sophie Österberg and Rebekah Nahai were invited to present some of their ideas at an away day for staff in the Faculty of Business and Law. "Most of the staff there realised that they were making constructive, forward-looking suggestions and were reminded about the high calibre of students we have here," Professor Ennals said. Sophie has now graduated and has exported the idea to Stockholm where she is working at a Stepping Stone centre for long-term homeless people.

This year, Professor Ennals is planning to extend the concept to MBA students and staff. In the meantime, Kingston has found itself part of an international network . "We are working to form alliances with Student Quality Circles in other countries such as India, Mauritius, Nepal and Pakistan," said Melissa De Oliveira, one of the students involved. "They have been working in this way for much longer than we have, so we can learn a great deal from them.

"As a student of International Business, networking, interpersonal skills and excellence are vital and Quality Circles involve all these skills," she continued. "In addition, the project helps me to develop my innovative and entrepreneurial side."

In the 1980s several companies attempted to introduce Quality Circles in the United Kingdom. Most of them collapsed, due to lack of enthusiasm from either management or unions. But Professor Ennals believes their time has come. "Universities are, by definition, receptive to new ideas and willing to constructively debate new ways of working, so they seem ideal places to test Quality Circles," he said. "But, make no mistake, this has big implications for us all. Once students take on responsibility for what they learn you can't go back to the old system of just plonking them in front of a set of power point slides."