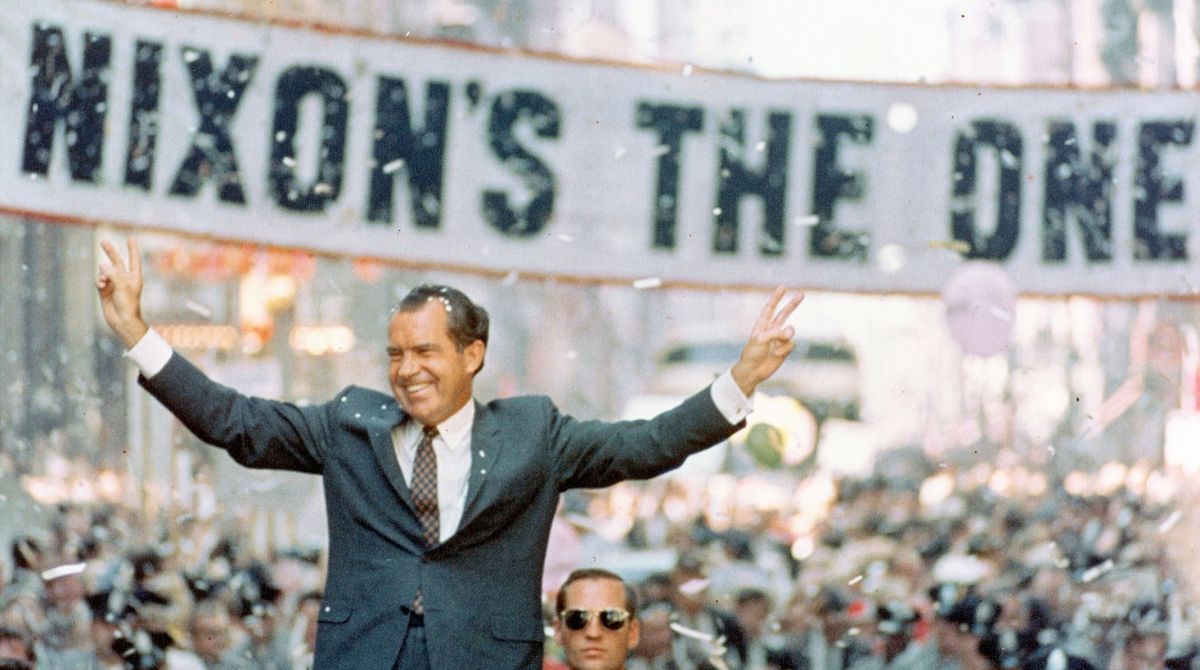 Kingston School of Art's Dr Shane O'Sullivan collaborated with Dr Melissa Graves of The Citadel to organise the two-day conference to mark the 50th anniversary of Watergate. Picture credit - US National Archives.

An online conference marking the 50th anniversary of the Watergate scandal, has brought together academics, authors and experts with some of the figures directly involved in the controversy that rocked American politics in the early 1970s. Entitled The Watergate Break-in: 50 Years Later, the conference examined the stories of the perpetrators of the Democratic National Committee headquarters burglary alongside discussions on the ensuing White House cover up and US President Richard Nixon's eventual resignation when faced with impeachment.

The mechanics of the break-in at the Watergate Office Building in Washington D.C., an examination of myths and counter narratives surrounding the events that unfolded and the legacy of Watergate in the modern age were among the topics explored in a series of eight panels now available online. A new documentary, the first in an in-depth series of films on Watergate being created by conference co-organiser Dr Shane O'Sullivan from Kingston School of Art, were also part of the digital conference resource repository.

Dr O'Sullivan, who is Head of Kingston School of Art's Department of Film and Photography and author of The Watergate Burglars: Nixon, Dirty Tricks, and the CIA, said it was fitting to mark the milestone anniversary of the events that eventually led to President Nixon's resignation with the first academic conference on the subject for more than twenty years. 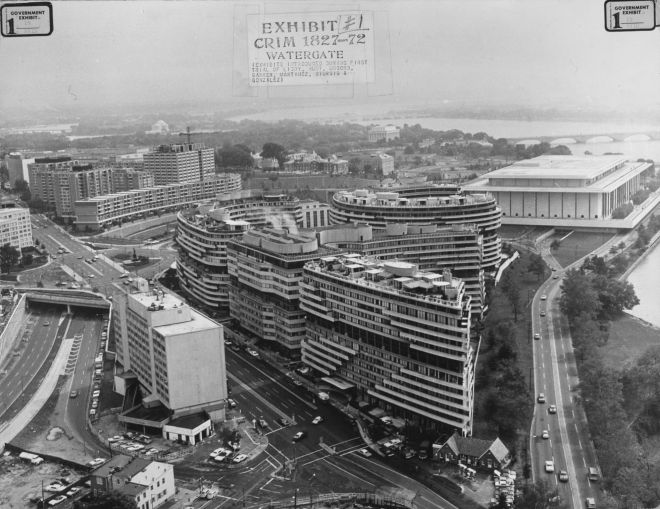 Watergate, the scene of the Democratic National Committee headquarters burglary in 1972. Picture credit - US National Archives.Among the speakers were a number of key figures in the history of the scandal, including Douglas Caddy, the initial attorney for the seven Watergate burglars, and federal prosecutor Earl Silbert and FBI case agent Angelo Lano, who led the investigation into the break-in. "The conference was an opportunity to hear first-hand from key figures who were involved in the Watergate investigation," O'Sullivan said. "I even managed to track down the lawyer for the now-deceased Cuban-American burglars during their trial and appeal, who gave a unique insight into how they were manipulated by the Nixon campaign."

Other highlights included a panel discussion with Watergate whistle-blower Judy Hoback Miller and the retired FBI agents who interviewed her, Paul Magallanes and John Mindermann. Hoback was hired as a bookkeeper for the Finance Committee to re-elect the President in 1971 and provided the FBI with critical information that linked the burglary to the Nixon administration, altering the focus of the Watergate investigation forever.

A number of eminent Watergate historians and writers also gave presentations and featured in round table discussions. Among them were distinguished journalist and bestselling historian Garrett Graff, Clinical Associate Professor of Public Service and History at New York University's Robert F. Wagner Graduate School of Public Service Timothy Naftali and acclaimed reporter and historian James Rosen, whose writing has featured in the New York Times, the Wall Street Journal, Washington Post and The Atlantic.

One of the legacies of the scandal has been the demise of belief in the honour and sanctity of the office of the President, Dr O'Sullivan said. "Richard Nixon had a public persona as a dignified statesman, seeking peace through diplomacy with the Soviet Union and China. When the tapes of his White House conversations were released to the public, they were repulsed by his foul-mouthed cynicism and lack of remorse, souring belief in the presidency and politics for a generation," he said. 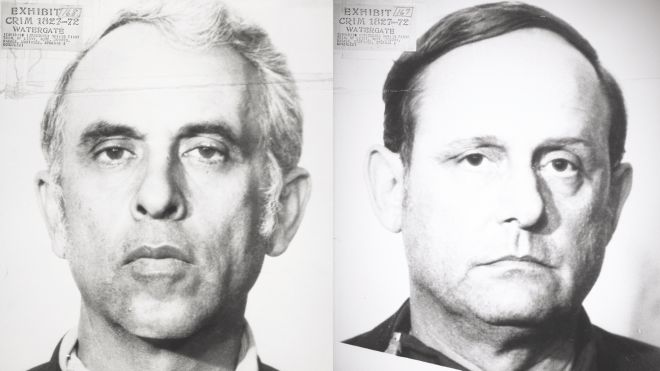 Two of the Watergate burglars, Rolando Martinez and Bernard Barker - Picture credit US National Archives.Dr O'Sullivan collaborated with Dr Melissa Graves of The Citadel, a military college in South Carolina, to organise the two-day online event. "The success of the conference shows there is still much to learn from the events of Watergate. It resonates with current political events like the January 6th Committee hearings and continues to provoke debate even 50 years after the event," Dr O'Sullivan said.

As a documentary filmmaker who has previously focused his lens on American political history, Dr O'Sullivan is currently creating a series of video essays on the Watergate scandal. "The public's understanding of Watergate is still led by the reporting of Woodward and Bernstein and the film All the President's Men. It's a great movie but only a small part of the story," he explained. "Watergate was a two-year investigation that gripped the nation, rich with characters, events and turning points which I don't feel have been coherently portrayed in one work." The series will be an evolving one, looking at the origins of the scandal, the burglary itself and the investigation that followed, bringing six years' worth of Dr O'Sullivan's research to fruition.