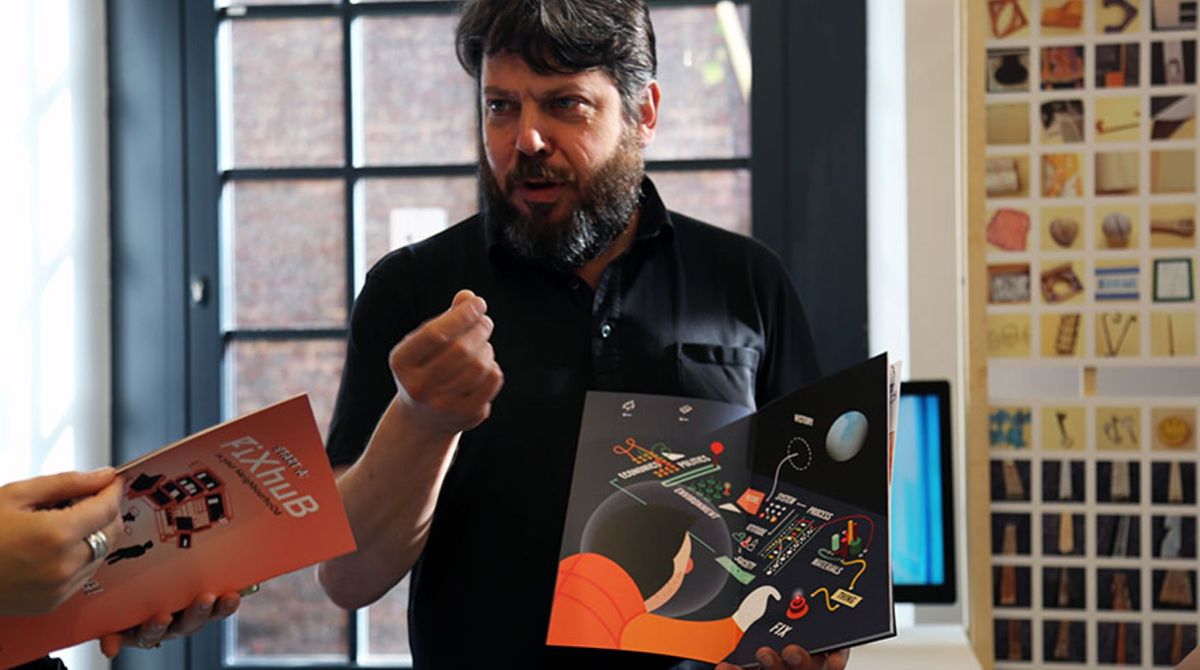 A trailblazing design expert from Kingston University has been recognised in the Queen's Birthday Honours for his services to design and creativity.

Daniel Charny, Professor of Design at Kingston School of Art, was one of a number of University staff and alumni to be named in the annual honours list.

Professor Charny is known for his work including the learning programme Fixperts – an initiative that challenges students to use their imagination and skills to create ingenious solutions to everyday problems. Since being established, the framework has been taught in more than 40 higher education institutes across 20 countries.

Fixperts exemplifies Professor Charny's interest in the application of design and creativity to further social and environmental sustainability. Its founder was awarded was awarded a prestigious Design Innovation Medal for his creative work as part of the 2019 London Design Festival showcase and, alongside partner Dee Halligan, received the Sir Misha Black Award for Innovation in design education in 2020. He has now been recognised with an MBE.

"I hope to use this recognition to play a continuing role in actions that support educators and policy makers to embrace applied creativity as essential, from early years through to higher education."

Meanwhile, two Kingston Business School alumni have been celebrated for services to business after co-founding the company Startup Discovery School, with the intention of helping young entrepreneurs.

Gosbert Chagula graduated in law from Kingston University in 2007 and later met class of 2008 business and sociology alumna, Mandy Nyarko, both from London, who together established the business in March 2020. They have been recognised with an MBE. 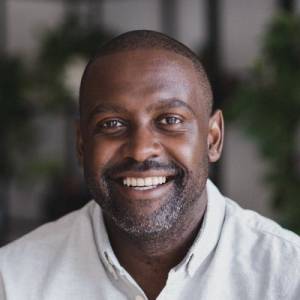 Startup Discovery School has partnered with HSBC bank, Kingston University, and several other universities, to launch the Student Incubator Programme. Enterprising students will take part in a 12-week programme of mentoring, webinars and will receive financial support to help launch their business ideas.

Chagula said it was important to empower entrepreneurs, especially those from low income and underrepresented backgrounds. "I want to give young entrepreneurs the confidence and resources to take their business from idea to reality. The most important aspect of business is the customer and how your idea will benefit them. I really want to reinforce these values in the next generation of entrepreneurs."

Mark Rosales, another Kingston University alumnus, was awarded a British Empire Medal in the honours list. He was hailed a local hero in his Buckinghamshire town of Chesham after co-founding a food distribution service to cater for vulnerable people in the community during the Covid-19 pandemic.

The 46 year old politics graduate and philanthropist co-founded The Big Community Take Away – a collaboration with restaurants and catering businesses that supplied hot meals to people in his local area every Friday. Through a network of volunteers, the charity supported the elderly, struggling families, those who had lost work due to the pandemic and NHS frontline workers. 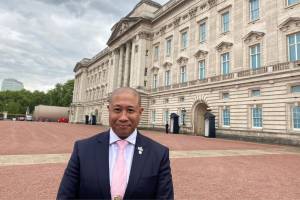 Mark, who graduated from Kingston in 1999, paid tribute to the volunteers involved in The Big Community Take Away, who have delivered more than 17,500 meals since lockdown.

"It's an honour and privilege to receive the British Empire Medal but, most of all, the medal represents the hard work of the volunteers. Without their effort and their continual commitment, heart and giving to the community, none of the achievements over the past few years would have been possible," he said.

Among other Kingston University staff and alumni to be named in the Queen's Birthday Honours list is academic affairs adviser in the Faculty of Business and Social Sciences, Will Ogden.

Will, from Farnborough in Hampshire, has been recognised for services to education and accessibility with a British Empire Medal. During the pandemic, he spent many hours listening to, and advising, anxious students online as they shared concerns about the impact of Covid-19. He still receives messages of thanks from students who have since graduated, he said. "Long may my journey to helping others continue, but there is still a lot more work to be done," he said. "I'm looking forward to the opportunities this award will bring and cannot wait to see what the future holds," he added.

Education postgraduate diploma alumna Paula Farrow, from the class of 1995, has been made an MBE for her services to education. Paula, from London, founded Nexus Education Schools Trust eight years ago and is chief executive of operations.