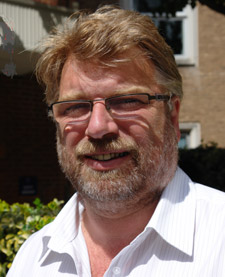 A new secondary school in Kingston will be run by a partnership between Kingston University, Kingston Council and Kingston College, providing parents in the borough with what the Office of the Schools Adjudicator (OSA) has praised as distinctive new option. The three organisations joined forces as the Kingston Educational Trust (KET) to develop a bid manage the proposed new school, which is due to open in the north of the borough in 2015.

The trust beat competition from Southwark Diocese Board of Education, which submitted a proposal to establish a Church of England school on the North Kingston Centre site. Amongst other things the OSA was keen to see how bidders would develop a system shaped by parents, affording parental choice whilst also meeting the needs of minority groups and vulnerable children. Adjudicator Andrew Baxter said that whilst both bids met the Commissioner's specifications and set out ambitious aspirations for the school and all its students, the proposal from the trust was strongest in terms of diversity of provision and local support.

Kingston University's Director of Academic Development Michael Hill was instrumental in developing the KET proposal. "We're delighted with the adjudicator's decision," he said. "The trust is committed to providing a school that will be accessible to the local community, founded on the very best practice and evidence. Through close working within the partnership, and by developing strong links with other Kingston schools and the local community, our new school will provide outstanding opportunities for young people in the north of the borough."

The Commissioner set out requirements for a school to accommodate 1,200 11-16 year olds plus a sixth form, with specialisms in music and humanities. The adjudicator stated that a distinctive feature of the KET bid was the significant contribution Kingston University and Kingston College were committed to making to the new school, particularly in terms of access to specialist equipment and development of programmes. The trust's proposal highlighted the added value that close collaboration with the University and college could bring, citing links with the University's journalism and creative writing courses as examples of how the consortium could enhance delivery of subjects such as English.

Both bids recognised that the North Kingston Centre site is smaller than is ideal for a school of 1,200 pupils and a sixth form, but whilst the church stated it would prefer to accommodate fewer students, the trust undertook to address the issue through building design and the use of specialist facilities off-site.

Another merit of the trust's bid highlighted by the adjudicator was the simplicity of the proposed admissions arrangements, which are consistent with other schools in the borough. The church planned to reserve one third of places for children from Anglican families, although its proposals were also recognised as fair.

The adjudicator concluded that the combination of the council, college and University working together would lead to the establishment of a unique option for children in the borough which would be welcomed by parents, and could have 'significant and potentially very fruitful additional dimensions.'