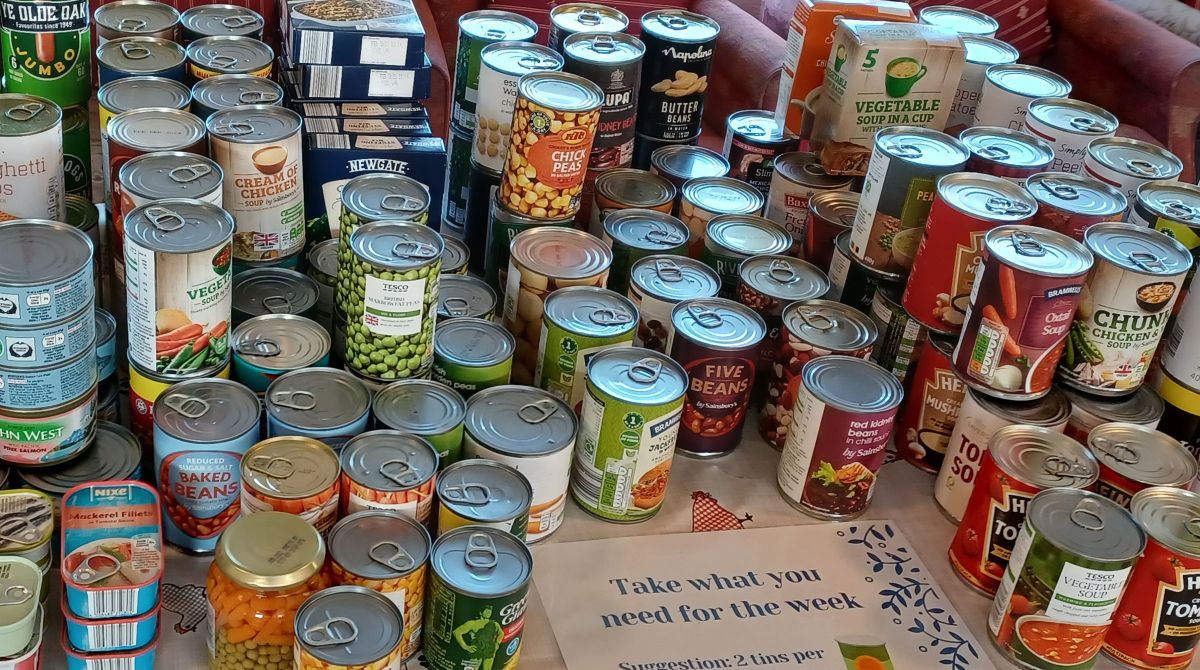 The traditional model of food banks is evolving to become more sustainable as charities and organisations report unprecedented demand and fewer donations in the face of the national cost of living crisis.

Researchers from Kingston University in London and London Metropolitan University have found that community and social supermarkets and pay-as-you-feel services are increasingly being adopted by food aid charities so they can meet demand, become more sustainable, provide choice and reduce the stigma sometimes associated with being referred to a food bank.

Kingston University researchers Dr Ronald Ranta, a former chef who is now an academic expert in the politics and international relations of food, and Dr Hilda Mulrooney, a nutritionist and registered dietitian, conducted a two-year study working with food aid organisations in South London and Sussex that were rethinking the traditional model of food banks, with some opening community and social supermarkets.

These were accessible to anyone, so removed the shame of having to ask for a referral, Dr Mulrooney, a registered dietitian and nutritionist, said. "Food banks are the place people go when th­­­­­ey have really hit rock bottom and there are no other options. They might be grateful for that provision, but it's usually only available for limited visits and there is a certain amount of stigma attached to being referred," she said.

The element of choice in a community supermarket approach also gave clients dignity, by feeling more like a shopping experience where they browsed and chose items they liked, albeit from a limited range of products, Dr Mulrooney said. This was less likely to lead to food waste. "While food banks do a fantastic job handing out bags of food, there is limited choice about what people receive. This means there is potential for food to be wasted because everyone has their likes and dislikes. On top of that, if someone has reached rock bottom, getting food they don't like or know how to cook is not going to help their wellbeing," she said.

First established in the UK in 2000 to tackle food poverty, then expanding during a period of national austerity in the 2010s, food banks have traditionally been used by people experiencing financial difficulty, often as they wait to receive benefits such as Universal Credit.

The pandemic had resulted in increased demand, including from people who had never experienced food insecurity previously, the researchers observed. It had also exposed some of the vulnerabilities of the food aid sector, including its unreliable access to funds, food donations and surplus food.

As donations became more depleted, some organisations were tackling the shortfall by adopting alternative methods to finance distribution, they found. New approaches included having a subscription model, where visitors paid £3 or £5 per shop but got food worth more than several times times that amount. Others asked for small donations from their clients if they were in a position to do so, as a means of supporting the so-called pay-as-you-feel model.

A benefit of charging a nominal amount for food, was to give people dignity, Dr Ranta, an expert in the sociological, political and international relations dimensions of food, said. "If they want to pay – and some people do – they can give something back, so it helps to restore their self-esteem," he said.

Charging clients also made it more likely organisations could survive, Dr Ranta said. "Donations from the public have come down since the pandemic, while the demand for food aid is even higher than it was during the first lockdown. With food prices going up, it's becoming increasingly costly to provide food aid," he said. "Operating a subscription or pay as you feel model is the most sustainable option financially, because they generate money to buy essential goods and secure the future of the organisation."

The researchers worked with a range of providers, including the Voices of Hope charity in the London borough of Kingston upon Thames and the Lewes Food Partnership in Sussex.

The resulting paper, Change and Innovation in Food Aid Provision in Sussex and Southwest London during the Covid-19 Pandemic, has been published in the British Food Journal. The findings will be used by the organisations involved and other stakeholders to help inform further charitable work to tackle food poverty.