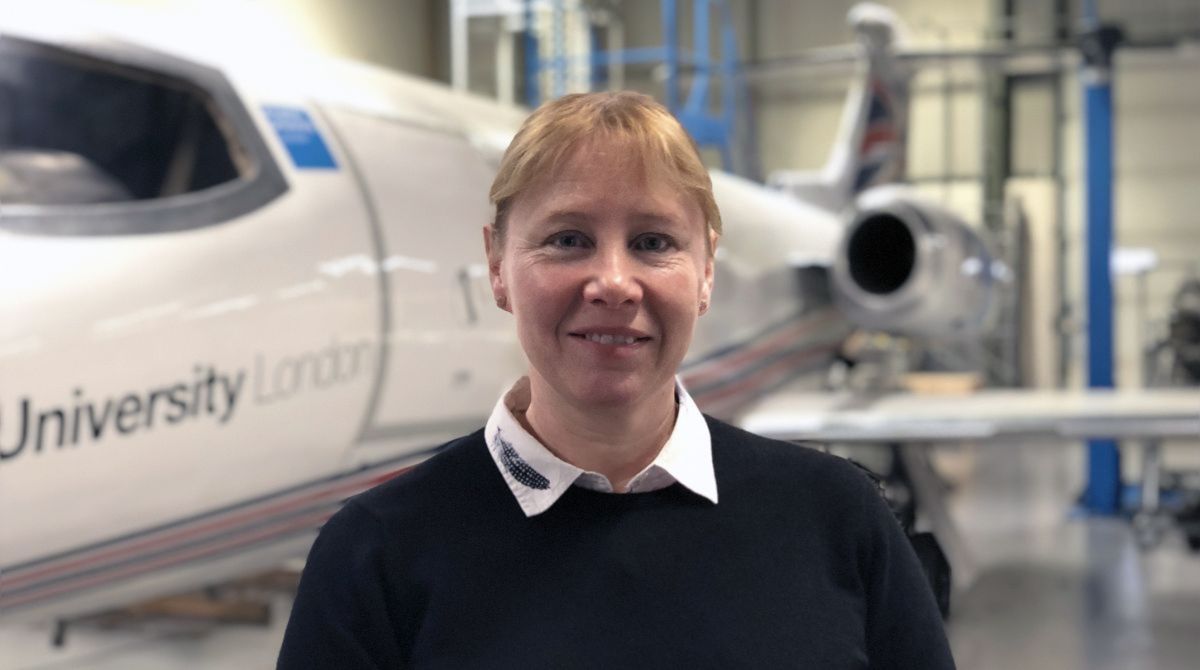 A leading British engineer and former visiting professor at Kingston University who has played a central role in increasing the number of women working in the profession has been made a Dame in the New Year's Honours list.

Women's Engineering Society president Dawn Childs – who received an honorary doctorate from the University at last summer's graduation ceremonies – was recognised for her services to engineering in the first honours to be issued by King Charles.

Ms Childs has been a tireless campaigner and role model for more women and girls to move into engineering during a career that has seen her take on senior roles at Gatwick Airport, Merlin Entertainments and National Grid after 23 years in the Royal Air Force. She was named an Honorary Doctor of Science by Kingston University last May for her exceptional work inspiring women to pursue careers in engineering and her collaborative work supporting students.

Ms Childs joined the Royal Air Force at 17, working her way up to wing commander before moving on to roles with Gatwick Airport and then Merlin Entertainments, where she headed engineering operations. While there she spent 18 months working with and mentoring female engineering students at Kingston University as part of a Royal Academy of Engineering visiting professorship, before moving to National Grid as UK Change Director, leading a major gas and electricity network efficiency programme. She took up her current leadership role as Chief Executive Officer (Delivery) for Pure Data Centre Group in August 2021.

As president of the Women's Engineering Society, one of her aims is to drive progress towards increasing the level of women in engineering to 30 per cent by 2030 - something she reflected on following her honorary doctorate award. "When I started advocating for getting more women and girls into engineering, the percentage of women in the profession was just seven per cent. That number has now doubled to 14 per cent, increasing by five per cent in the past five years, which is fantastic, although there is a lot more work still to do," she said at the time. "The biggest takeaway for me working with the students has been just how beneficial the interaction of industrial knowledge can be with people going through their learning journey."

Several Kingston University alumni were also recognised in the New Year's Honours alongside Dame Dawn. Chief Constable of Humberside Police Lee Freeman, who graduated with a sociology degree in 1991, was awarded the King's Police Medal for distinguished service.

A police officer for 29 years, serving across four forces, he was appointed as a Chief Constable in May 2017. Since then, Humberside Police has progressed from being in special measures to being graded as one of the top performing forces in the country during his tenure.

Mr Freeman spoke of his pride in receiving the accolade in a post he shared on social media. "I am delighted to be included in the New Year's Honours List for 2023, knowing that this recognition is a direct reflection of the support, dedication and hard work of all my colleagues who serve with me in Humberside Police," he said. "I thank them for their continued support."

Among the other University graduates named on the honours list were Adam Matthews, who was awarded an OBE for his services to export growth in his role as Head of Global Digital Transformation at Connected Places Catapult. Since graduating from the University with a Master of Business Administration in 2010, Mr Matthews has also worked as the head of government affairs at software developer Autodesk.

Alison Cryer, who graduated with a Masters degree in marketing in 1992, was recognised for services to the tourism and hospitality industry with an MBE. Ms Cryer, who has more than 35 years experience in international PR and marketing across the airline, tourism, leisure and lifestyle industries, founded her agency Representation Plus in 1988.

Fine art graduate Laura Harling was also awarded a British Empire Medal for services to professional theatre in care and supporting those living with dementia. After completing her degree in 2007, the actress, theatre producer and director from Eastbourne, Sussex, founded charity The Dot Collective, providing theatre accessible for people in care.