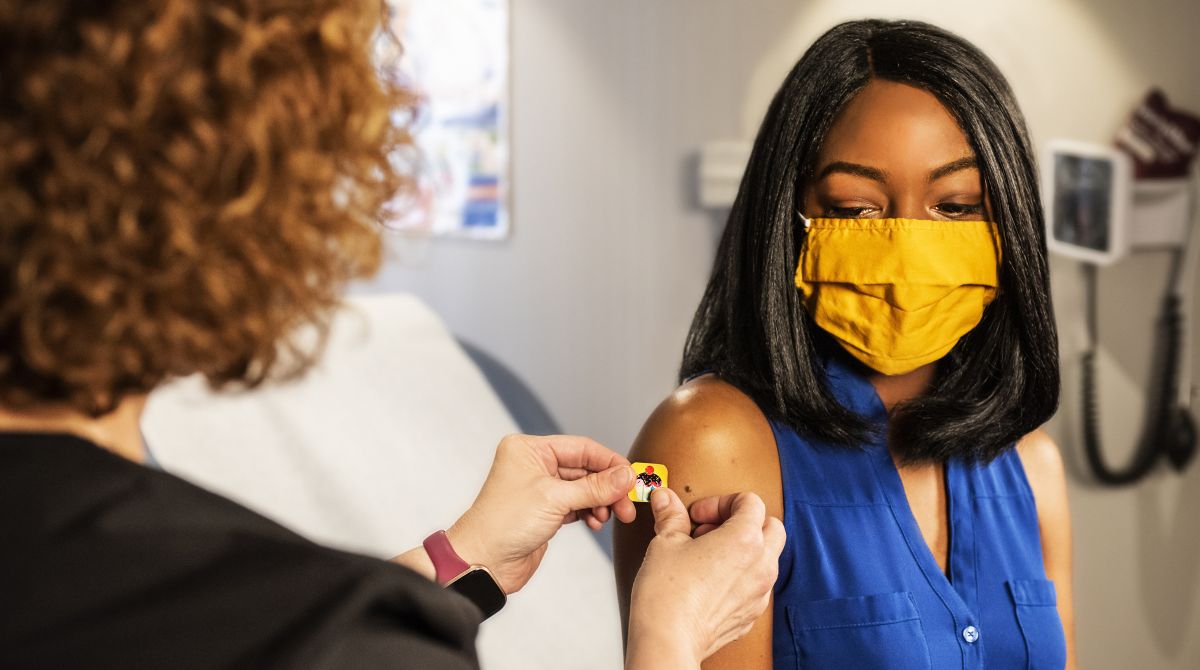 The research by Kingston University found there was a lower engagement with Covid-19 health prevention methods by the UK Black community due to a series of conspiracy theories and beliefs.

A belief that Covid-19 was a myth created to control ethnic populations, or a virus created to eliminate the Black community were among the conspiracy theories that caused a lower engagement of health prevention methods among UK Black communities, research by Kingston University experts has shown.

The study, which involved in-depth interviews with participants of Black African and Caribbean heritage, found that these theories made sense to people of this background due to perceived contemporary and historical racial injustice and inequality. Belief in these theories were related to a reluctance to engage in measures to protect against Covid-19, such as the wearing of face masks, social distancing, testing and uptake of the vaccine. The perception of injustice was heightened by the Black Lives Matter movement and the Windrush scandal that saw hundreds of Commonwealth citizens wrongly detained by, deported from, or denied legal rights by, the UK.

Professor of Health Psychology at Kingston University, Tushna Vandrevala, who led the research, said the interviews revealed the underlying issues that informed behaviours during the pandemic. "The participants said these issues of mistrust were not only about them, their family or Covid-19, but about a wider, global issue that everyone needed to stand up to – it made people feel empowered to make their voices heard and take their own decisions about how they reacted to the pandemic. We cannot ignore the hundreds of years of colonialism and the fact people have felt discriminated against and feel powerless – it's a huge social justice issue."

Published in the British Journal of Health Psychology and funded by the National Institute for Health and Care Research (NIHR) and UK Research and Innovation (UKRI), the study saw participants from across the UK interviewed during the second nationwide lockdown in the last few months of 2020 and early 2021.

In addition to the issues of racial inequality and the historic and current mistrust of social institutions including the government, police, and healthcare systems, another barrier to engagement reported by interviewees was the public service health messaging, which was deemed confusing, inconsistent, and unrelatable. Participants referred to a lack of senior Black figures delivering guidance, they expressed upset that lockdown rules did not consider their living and working environments, and a general feeling health inequalities were not a part of the public health agenda.

"The messaging wasn't representative of the Black community, it did not reflect their lives, the realities of being a migrant or indeed the difficulties they faced in following the guidance with their precarious working conditions. The media, the government consistently drew attention to the high rates of covid among their communities, which made them feel alienated from other communities, or highlighted the low vaccine rates among the black community, without offering explanations for the often-justified reasons behind this," Professor Vandrevala said.

Lecturer in social psychology at Kingston University, Dr Kristin Hanson, who worked with Professor Vandrevala to evaluate the study data said some of the main conspiracy theories mooted surprised her. "The shocking conspiracy theories for me were that the vaccine rollout was viewed by the black community as intentionally trying to decrease the population of their ethnic community. Also, the distrust in medical staff and doctors, the belief that they were going to purposefully harm them."

When reading some of the responses from participants Dr Hanson said greater endorsement of conspiracy theories in the Black community were likely to be the result of the ethnic minority communities being disproportionately affected by Covid-19. "People from ethnic communities were the largest percentage of the population that were dying from the disease and that put them in the spotlight and made them feel stigmatised. They then had to rationalise and make sense of this. Suddenly, there's this situation of perceived uncontrollability and one of the reasons people believe in conspiracy theories is it gives them some feeling of control in an uncontrollable situation."

The study showed more needs to be done to engage people early in the process, should another pandemic arise, Professor Vandrevala said. "We need to build relationships with communities rather than individuals. People working in settings within these communities can use resources to change hearts and minds of those having doubts and help them understand what is being asked of them. That way, we can begin to address the inequalities facing Black communities and make health information more accessible to them. We need to find new ways of building trust within our diverse communities."