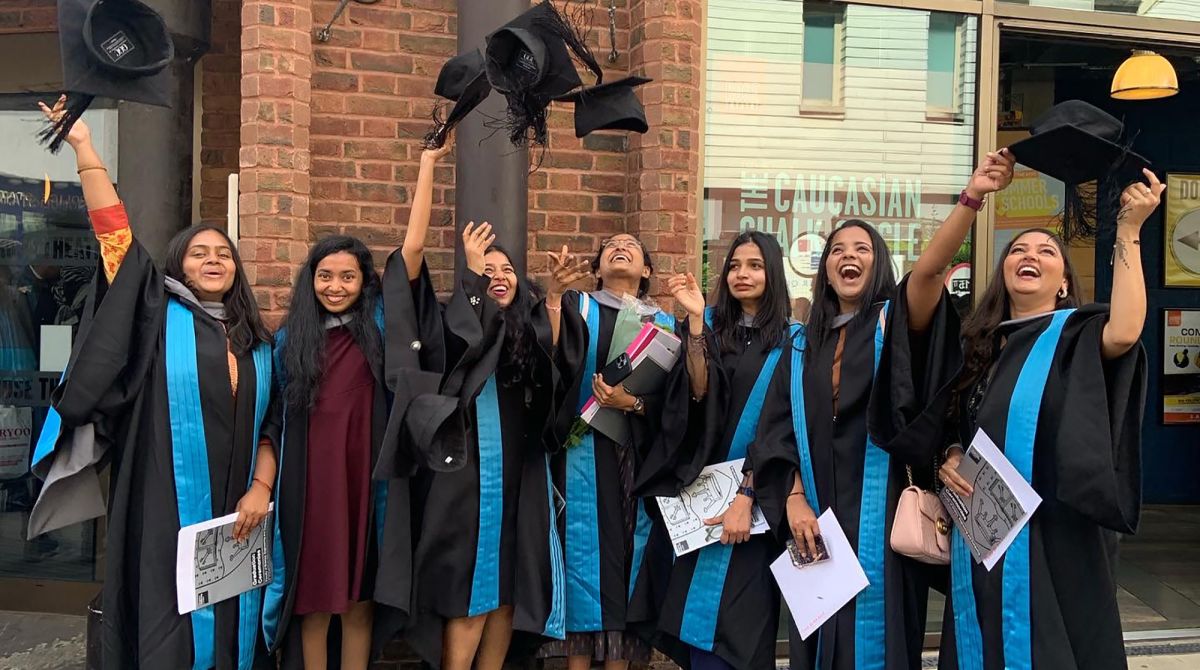 The achievements of almost 3,000 Kingston University students were applauded when they crossed the stage to graduate in front of proud family, friends, academic staff and special guests.

A series of 15 ceremonies took place between 17 and 20 January at the Rose Theatre in central Kingston. They saw undergraduates, postgraduates and PhD students collect awards from Kingston School of Art, the Faculty of Health, Science, Social Care and Education, the Faculty of Engineering, Computing and the Environment and the Faculty of Business and Social Sciences.

The four days of graduation celebrations began with a special ceremony to bestow honorary Bachelor's degrees on some of the University's longest standing alumni. Almost two hundred former students who were awarded a Certificate of Education from Gipsy Hill Teacher Training College, a predecessor of the University's School of Education, returned for the occasion. This included two who completed their training at the college in 1956.

The ceremonies also saw the University confer an honorary degree to journalist Elaine Potter in recognition of her contribution to business, entrepreneurship and philanthropy. She worked as an investigative journalist for The Sunday Times during the 1970s and co-authored several books. While working for the British newspaper, she was instrumental in exposing the scandal surrounding Thalidomide, a drug promoted as a cure for morning sickness which caused birth defects in thousands of children.

Dr Potter and her husband co-founded The David and Elaine Potter Foundation in 1999. The charity provides grants to organisations promoting education, civil society and research to encourage a stronger and fairer society. In 2018, the foundation part-funded the development of an online archive of the Leveson Inquiry into the culture, practice and ethics of the press, in a project led by Kingston University's Journalism Department. The resulting Discover Leveson website is a digital resource providing the public with access to evidence from the landmark inquiry.

Vice-Chancellor Professor Steven Spier said graduation was an important occasion for students to reflect on the dedication and commitment they had invested in their futures and celebrate their achievements with the staff who had supported them. "Graduation is the culmination of an enormous amount of hard work acquiring knowledge, skills and personal growth that will see our students go on to contribute both to society and economic growth," he added. "Each year, I feel incredibly proud to see our students crossing the stage and I look forward to hearing more about their accomplishments as they progress in their careers and lives."