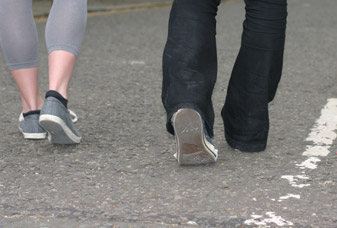 A Kingston University professor is developing a hand-held computer that could help older people and those with disabilities find their way around town and city centres.

Nigel Walford, Professor of Applied Geographical Information Systems, said the device would allow people with mobility problems to travel more easily around an unfamiliar place by alerting them to hazards like steep slopes, stairs, physical obstructions and poorly lit streets.

After two years in development, Professor Walford is ready to produce a prototype that he hopes will attract the interest of industry backers. Rather than working like a satellite navigation device which gives directions to and from a specific location, the new tool would provide a survey of a town or city highlighting areas that might cause difficulties to someone with disabilities, to older people or to anyone who might want to avoid streets that might prove difficult to navigate. It could also help users find services such as public toilets or children's play areas.

"We're exploring the feasibility of a mobile hand-held computer tool that would make it easier to navigate around town and city centres," Professor Walford said. "It would provide older people, in particular, with greater independence by allowing them to widen their horizons and travel to unfamiliar places without having to worry about how easy it is to get around." 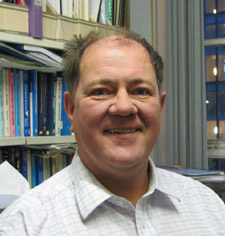 Existing products generally did not take into account what people would encounter along a given route. "Someone with a disability would not want to encounter obstacles like stairs, steps, narrow pavements or street furniture - they need to know what's round the corner," he said.

The need for the device grew out of a project on "Older People's Use of Unfamiliar Space (OPUS)",  part of a seven-year multi-disciplinary research programme into improving older people's quality of life. Funded by five research councils, the programme represents the largest and most ambitious research into ageing in the United Kingdom.

Professor Walford was one of the principal investigators on the OPUS project, which examined the strategies used by older people to find their way around unfamiliar areas both as pedestrians and on public transport. "Our work indicated that there were a growing number of technology-savvy older people for whom some sort of navigation device would be useful," he said.

As part of the project, 44 people from Swansea aged 60 and over were shown films of familiar and unfamiliar town and city routes and asked to assess how easy they were to navigate. A smaller group was taken to Colchester, a town previously unknown to them, to follow some of the filmed routes and assess the actual environment. A group of older people were involved in the design of the research and town planners were interviewed about how they included older people in the planning process.

The results showed that signs were of limited support, often because they were positioned incorrectly or too high and without showing the distance to the destination. Buildings and landmarks, particularly churches, were more useful in navigating around a new or familiar town. Participants' stress levels, monitored through heart rate readings, went up when people were in environments that were difficult to navigate or worrying because of run-down streets or underpasses. And a comparison with 40 younger people found that the over 60s were just as able at navigating with either a map or a hand-held device. In fact the older group was shown to have a better sense of direction when it came to pointing back to a starting location after a 10 minute walk in a residential area without distinctive features.