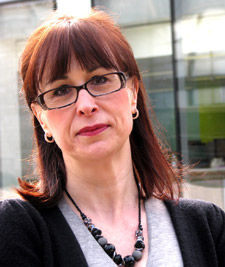 More than a third of secretaries have been asked by their bosses to perform personal tasks that go "beyond the call of duty" including sewing up a trouser seam, buying a marble-handled toilet brush and booking a back wax, according to one of the UK's most comprehensive studies of personal assistants.

The study's authors, Kingston University's Professor Katie Truss and Rosemary Parr, founder of training and development company Global PA Network, found that although modern secretaries are better educated and perform more high-level tasks than their predecessors, many are undervalued, bullied and asked to perform inappropriate tasks.

The pair urged managers and human resources professionals to ensure that secretaries were valued, with proper job descriptions and career development plans that recognised their huge contribution to the country's economy. They hope their research will lead to the creation of a 'mini MBA' or national personal assistant qualification to improve the status and career prospects of senior secretaries. Their research revealed that three-quarters of secretaries would welcome a professionally-recognised PA qualification.

A team led by Professor Truss, Director of Kingston's Centre for Research in Employment, Skills and Society, and Ms Parr analysed the views of more than 1,000 secretaries and personal assistants. They found that more than half of secretaries did not believe their job enabled them to use their full abilities, suggesting that many organisations are wasting the talents of the UK's 800,000 secretaries. 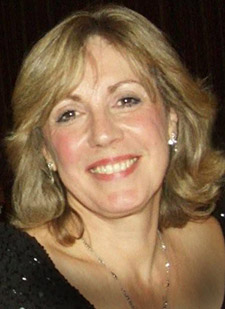 Ms Parr, a former PA to BT chairman Sir Christopher Bland, said: "The perception of the role is stuck in a time warp from 40 or 50 years ago when secretaries were seen as surrogate wives or housekeepers. Now they are more like management assistants: they need to be their managers' second brain - anticipating what their bosses want next as well as doing what they want now, but what our research has shown is that they are not getting the recognition for it."

Professor Truss, whose previous role as a bilingual secretary prompted her to do her doctorate on secretarial work in 1992, said: "I was shocked to find that a lot of things hadn't changed, particularly career paths. Secretaries are still highly dependent on their individual managers."

But she said that in other ways the job had changed dramatically. Few secretaries do audio typing or use shorthand while more than a third manage financial budgets or other staff and a quarter deputise for their manager. This increase in responsibilities is reflected in a change in job title - only 11 per cent are called secretary, with 65 per cent using the title personal assistant and 24 per cent executive assistant. Just over a third have some form of higher education, compared to just 10 per cent in 1992.

The role continues to be dominated by women and, say Professor Truss and Ms Parr, this gender divide is perpetuated by "unacceptable" requests to undertake duties such as making curtains. Thirty-six per cent have been asked to perform personal tasks that go "beyond the call of duty", including calling the boss's friend to tell him a mutual friend had died and holding the boss's hand on a car journey. Professor Truss said that although many PAs felt that some personal requests were acceptable, others felt these tasks were demeaning to secretaries and costly to employers. "Employers need to reflect on the continuing practice of PAs performing personal tasks for their line managers and their families both from a resource perspective and in terms of the potential abuse of secretarial goodwill," Professor Truss said.

The authors said they were concerned about the poor management and low status of secretaries as well as the relatively high proportion (23 per cent) who had been bullied or harassed. Ms Parr, who founded Global PA Network with the aim of raising the status of the PA profession, said that with the right support PAs could establish greater respect and understanding in the workplace. "Often PAs can get bogged down in the routine of the job and as a result their relationship with their boss can be affected, becoming more impersonal," Ms Parr said. "With the right communication skills however, PAs can learn to speak up for themselves and turn this problem round."

The research team also included Amanda Rosewarne, a lecturer at Kingston University's Business School, and Dr Kerstin Alfes, a research fellow at Kingston's Centre for Research in Employment, Skills and Society, both of whom are former secretaries.

Examples of requests 'beyond the call of duty':

"Walking his dog - it's not the walking, it's the poop picking"

"Holding his hand on a car journey"

"Sew up his trouser seam, while he was still wearing them"

Read the executive summary of the report.