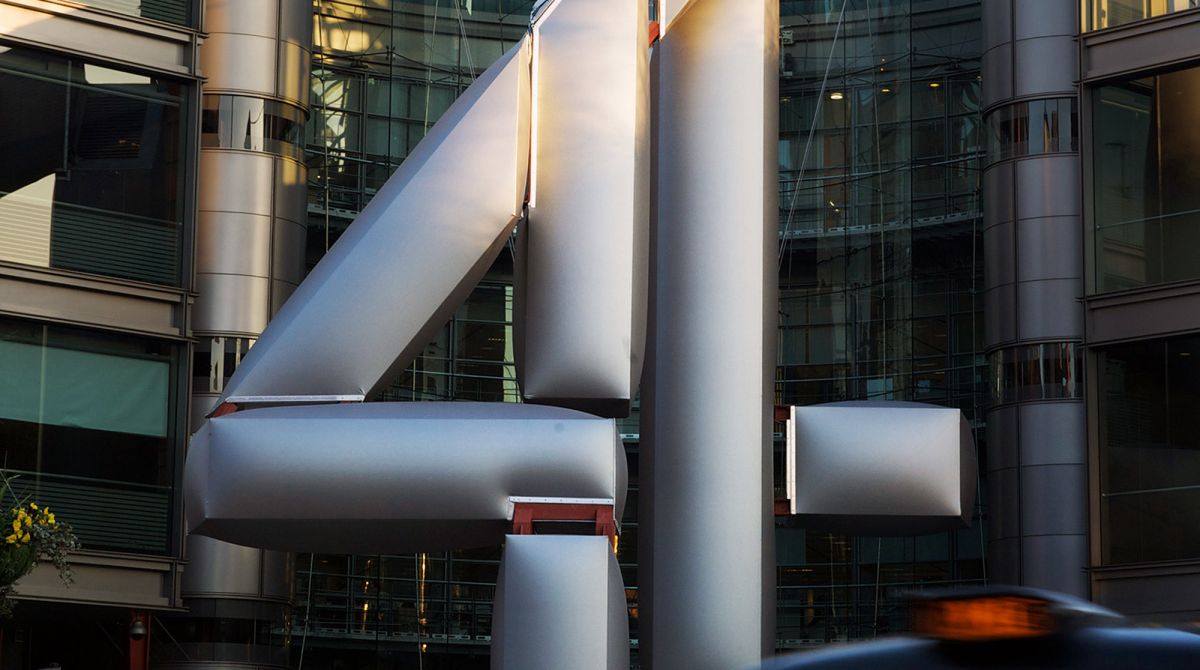 In less than five years, the 'Big 4' outside Channel 4's headquarters in London's Horseferry Road has become an iconic landmark. But now passers-by may notice something different about the '4' - it appears to be alive.

The 'Big 4' is a 50 foot high steel structure which was erected in 2007. Initially, the broadcaster invited established artists to devise imaginative ways of decorating and lighting the logo. However, it recently held a competition, inviting recent graduates of art and design degree courses, to come up with "a fun, playful design to inspire and entertain passers-by, visitors and C4 staff".

The latest take on the '4' was conceived by Kingston University fashion graduate Hannah Gourlay who won the competition with her design 'Time to Breathe'. Each section of the '4''s 50 foot steel skeleton has been covered with fabric which is gently inflated and deflated so it looks as though it is softly breathing. At night it is lit from within to create a gentle glow that slowly lightens and darkens in time with the 'breaths'.

When her '4' was finally inflated, it was the culmination of 10 months' work for 24 year old Hannah, from London. "Seeing the finished design was such an amazing feeling," she said. "In the early stages I made an inflatable cube with a light inside it and put it on top of my fridge. My housemate stood behind the fridge and breathed in and out of it." 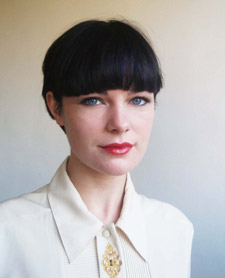 Hannah found out she'd won the competition last May - which was when the hard work really began. "Most of the fabrics I'd considered using weren't strong enough to cope with the wind. It had to be a material which could withstand 15 months of breathing - without getting pulled out of shape. So we got together with a company called Architen Landrell, who specialise in this area, and we ended up using Dartex, a fabric that's normally used to coat the mattresses in hospital beds."

Hannah also collaborated with structural engineers Atelier One and the project was overseen by FreeState, the company which originally constructed the giant structure, "This is a really satisfying project on many levels; we help keep an eye on the art work so that it's true to the artist as well as true to Channel 4's mission," FreeState's creative director Adam Scott, said.  "We work with the best engineers, architects and artists to explore new ideas and techniques, some of which have never been tried before.  The result is a public art installation that has a quiet sense of event; it's noticeable and memorable without being showy." 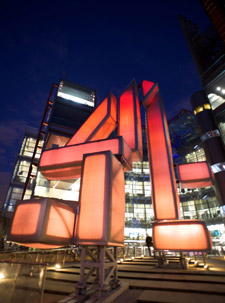 "Hannah's idea was quite subtle and had a real charm about it," sculptor Maurice Blik, who was on the judging panel, said. "We felt it didn't fall into the trap of being a garish neon sign - it was more sophisticated."

The process was filmed by another Kingston graduate, Dave Hallett, who now works in the University's moving image department. "It's been quite an inspiring project to work on," he said. "From the start, I thought it sounded exciting but the finished 4 is really quite amazing."

Although Hannah studied fashion at Kingston she says the friendships she made with people in other creative disciplines within the Faculty of Art, Design and Architecture have been invaluable. Hannah is currently continuing to explore different creative areas including costume and product design.