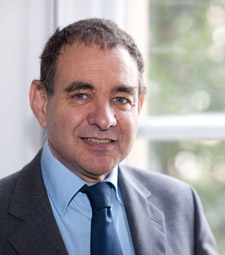 Universities Week is a national campaign highlighting the impact universities in this country have on the individual, the local community, its businesses, and the future of the United Kingdom. Following on from the success of Universities Week 2010 dubbed 'What's the Big Idea?', which resulted in support from hundreds of business leaders and celebrities, this year Universities Week is back with even more events and activities to take part in.

Kingston University Vice-Chancellor Julius Weinberg said the campaign aimed to show people in the community what their university could do for them. "Higher education benefits local people and businesses in many different ways," he explained. "Universities like Kingston are key to enabling people to achieve their potential and have more autonomy and choice in their lives."

People who would not have been able to go to university before the recent expansion in student numbers now had that opportunity, he said, and for many of them the experience changed their lives. "Many students who come to Kingston University are the first generation of their family to go to university so institutions like ours play an important role in creating a more just and socially-mobile society," he added.

Universities Week aims to demonstrate how the whole country benefits from higher education, not just those who have achieved degrees or postgraduate qualifications. "In the face of funding reductions and increasing tuitions fees, there has never been a more important time for universities to demonstrate the value we provide to everyone, regardless of whether or not they've been through higher education themselves," Professor Weinberg said.