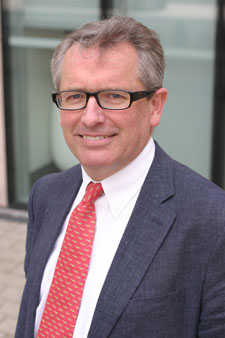 The lives and careers of staff at London's Natural History Museum have been captured by Kingston University researchers in a groundbreaking new oral history project. Recording the experiences of experts ranging from specialists on dinosaurs to those who have devoted their lives to categorising parasitic worms, the project has now notched up 100 recordings with 50 individuals. In total almost 1,000 years of experience from retired staff and those due to leave in the next five years has been documented during the past three years.

According to project leader Professor Brian Cathcart, from London's Kingston University, using oral histories is a relatively new technique for studying the history of science in the United Kingdom. "It provides precious information that is often lost in scientific and official documents," he explained. "Our research looks at what goes into working at the museum and the very people involved, their memories and what they felt and thought. Without this project, such information would have been lost forever and our knowledge about this amazing institution would be so much poorer."

One major finding of the research programme, known as Museum Lives, has been that jobs at the museum have changed almost beyond recognition. Many staff started their life-long affiliation with natural history in their childhood, volunteering at the museum and eventually securing a job. According to Professor Cathcart, today most staff need a PhD before they can even take up a post. Research also highlights changes to the ways the museum works with a move away from categorising and displaying examples of different species towards individual projects.

"One of the most striking things about this subject is that the people we have interviewed see this as much more than just a job - it's a life-long passion," Professor Cathcart said. "Often staff have quite vivid recollections of their first encounter with nature and children just don't have the same exposure to the wonders of the natural world these days." 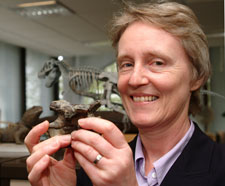 Among the interviewees was dinosaur expert Dr Angela Milner, who recalls getting a phone call from the museum's reception back in 1983 and discovering a man at the front desk with a huge claw in a carrier bag. "I nearly hit the ceiling," Dr Milner, associate keeper of palaeontology, recalled in her interviews. "It was immediately obvious to me that it belonged to a dinosaur but I'd never seen anything remotely that size before." Dr Milner quickly established the man had stumbled across a rugby-ball shaped piece of rock in the ground at a brick quarry near Dorking in Surrey. "He picked it up and bashed it with his hammer and the claw flew out," she said. In Spring 1983, she led a three-week excavation to recover about 60 per cent of the dinosaur skeleton which turned out to be the world's first fish-eating dinosaur, later named Baryonyx. The discovery made headline news. The rocks had been actively searched in the 1820s but nobody had ever found anything like this. "We excavated more than two tonnes of rock and some loose bones in the clay round the outside of the rock," she said. Every piece of rock was taken away in plaster of Paris or a polyurethane foam and brought back to the museum, where the contents were painstakingly removed by different mechanical techniques - often chipping away at rock to expose bits of bone. "It only became obvious what we'd got over several years as it was gradually prepared out," Dr Milner told researchers. "What we discovered was really different to any other kind of meat-eating dinosaur and opened the door to a whole new line of research which I'm still involved in to this day." 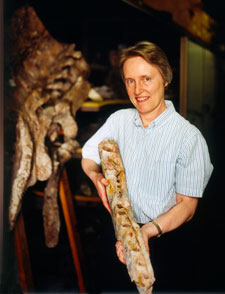 Dr Milner, who has played a key part in dinosaur exhibitions since the 1970s, was also involved in the decision to move Diplodocus, the large plant-eating dinosaur skeleton, into the main entrance hall in 1979. "The permanent dinosaur galleries now look at the huge variety of dinosaurs, how they lived and how they behaved," she said.

Other interviewees have regaled the researchers with tales of the museum favourites Guy the gorilla and the giant blue whale created in the 1930s. The Museum's Director of Science Professor Richard Lane, who holds an honorary degree from Kingston University, said the oral history project was vital in preserving the knowledge of staff and sharing it with a wider audience. "This exciting project gives real colour to the formal and impersonal style used to report scientific discoveries," Professor Lane, who has also recorded his memoirs as part of the project, said." It reveals motivations, working conditions and passions of the museum's staff. Many of our senior researchers and curators have quite literally decades of experience in managing the national collection of 70 million natural history specimens."

The project is the first to be undertaken by the new Centre for Arts and Humanities Research which is a partnership between Kingston University and the Natural History Museum. The Centre, based at the Museum, aims to boost research, and involves scientists working with humanities and arts specialists to bring new approaches to their specialist fields. The material gathered will be held within the Museum's archives and available to the public via the Museum Lives website and also featured in exhibitions.

Find out more about the campaign by joining the Universities Week Facebook fan page2. For national Universities Week media inquiries, please contact: Elizabeth Porter by email at elizabeth.porter@kindredagency.com3, or telephone: 020 7010 0851.