Could Asbos be harmful to young people? 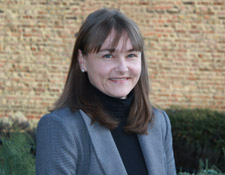 The first major study into the impact of Asbos (Anti-Social Behaviour Orders) on young people is being conducted by Kingston University's newly appointed Professor of Law. Julia Fionda has completed a pilot study which adds to the controversy over Asbos by suggesting that the orders can have a harmful effect on young offenders. The study also raises questions about whether Asbos may lead their recipients deeper into criminality.

Professor Fionda, who undertook the pilot study with Dr Rachel Manning of the University of the West of England and Robert Jago of the University of Surrey, said that Asbos could be counter-productive. "Since the year dot teenagers have hung around together on street corners but what sort of adults are they going to turn into if Asbos restrict their physical movement in public places?" she asked. "It can impact on the growing up process and the way young adults learn social skills."

Professor Fionda and her colleagues interviewed young people and their parents, who they contacted through a youth offending team in the south of England. Professor Fionda began her research in her previous role as a senior lecturer at the University of Southampton. She is set to expand her work in her new appointment at Kingston's Faculty of Business and Law. At the age of 42, Professor Fionda is one of the youngest law professors in the country.

She was inspired to specialise in criminal justice by Professor Andrew Rutherford, a former chairman of the Howard League for Penal Reform, who advocates a minimalist approach to youth justice based on the premise that most young delinquents grow out of their criminal behaviour. Professor Fionda, who worked at Southampton University as a senior lecturer for ten years, said her research and writings, including her book 'Devils and Angels: Youth, Policy and Crime' (2005) had been influenced by his teachings. "The idea that young delinquents should be supported rather than punished through the courts is not a very fashionable approach; this government is obsessed with maximum intervention. But it's a theory that changed my life, it became the bedrock of my teaching in this area and it's a message I intend to keep plugging," Professor Fionda said.