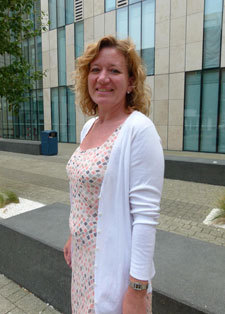 An international team led by scientists from London's Kingston University has developed a fresh approach to determining just how widely used designer drugs are. The aim is to pinpoint exactly how widespread the abuse of substances like mephedrone, commonly called meow meow, is by using a method of data collection that aims to filter out respondents who might not be telling the truth.

The researchers, led by Professor Andrea Petroczi, have devised a new form of questionnaire which is aimed at getting large survey groups to admit to behaviour which they might prefer to keep secret.  The team found that up to one in 10 young people in the United Kingdom had taken mephedrone in the previous three months.

The team surveyed young people (with a majority aged between 18 and 27) in the London and Bangor areas using a new method called the Single Sample Count.  The technique hides a sensitive question, in this case one about mephedrone use, among a series of seemingly trivial questions with yes or no answers, such as asking participants "Is your mother's birthday in the first half of the year?".

"In the past it has been shown that this kind of method always gives a higher rate of people admitting to drug use than if they're just asked outright," Professor Petroczi from Kingston University's School of Life Sciences said.  "Another key feature of this simple method is that there is absolutely no way to relate the individual answers back to the respondents, so they are protected even if the researcher sees their anonymous response."

The results revealed that up to 10 per cent of the 318 young people questioned admitted using mephedrone at least once in the period leading up to it being classified as a class B controlled substance in April 2010.  Before then, the laboratory-produced drug had been a so-called 'legal high'.  It has a similar effect to amphetamines, ecstasy or cocaine. But it also causes nausea, palpitations and vomiting.   The Office for National Statistics reported that there were six deaths involving mephedrone in 2010, the first year it had been mentioned on death certificates in England and Wales. 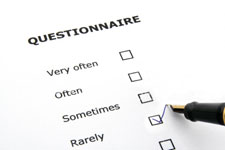 "The results are broadly consistent with similar studies into the prevalence of mephedrone and underline just how much of a problem the drug is with young users," Professor Petroczi said.  "The proliferation of designer drugs is deeply concerning because of the very serious health risks.  Drugs like mephedrone are usually untested in terms of exactly how dangerous they can be."

To help validate the questionnaire results, a new test for mephedrone in hair was also developed by Kingston University scientists.  The results found that almost four per cent of the sample contained mephedrone, suggesting regular use.

"For the mephedrone to be detectable in your hair, it has to have been used more than once," Professor Declan Naughton, a co-author of the study explained.  "So the figure is likely to be the habitual users, and the remainder of the 10 per cent figure from the questionnaire composed of those who have taken it just once."

A leading American expert in substance abuse said the Kingston research was significant. "Interestingly, mephedrone has not become well known in the United States at the moment, although that situation may change as time goes by," Professor Harrison Pope from Harvard University said.  "Certainly the prevalence estimate of 10 per cent in the United Kingdom in this study is worrisome from our American vantage point, because it may point to rates of usage rising on our side of the Atlantic in the future too."

The study has been published in the journal Substance Abuse Treatment, Prevention and Policy and saw the Kingston University researchers work with colleagues from Bangor University, the University of Northern Colorado and Eötvös Loránd University in Budapest.

Find out more about studying life sciences at Kingston University.