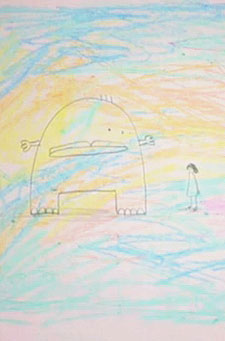 My Dragon, by Ana Huffstot, is narrated by a 10-year-old girl, who talks about how she has a dragon in her tummy. "I take care of her, I brush her, I feed her and I play with her," the child explains. "Sometimes she can be really scary - I don't like it when that happens."

Animation student Ana, who is 23 and from Lisbon, says she got the idea for the film after reading a piece about a young girl who was HIV positive in a Portuguese newspaper. "She called it her secret," she explained, "because only a handful of people knew about it."

According to the most recent travel advice issued by the Foreign Office, HIV incidence in Portugal is six times higher than in the United Kingdom. "The problem is quite acute at home - though, thankfully, the numbers are coming down," Ana said. "And there have been instances of children being excluded or victimised in schools."

My Dragon is made up of very simple crayon illustrations that look as though they could have been drawn by a child. But, as with many things that appear straightforward, the process of making the film was actually quite complex.

"When I was doing the drawings, I had various ideas about how I wanted the finished product to look," Ana said. "When I came to animate them, though, I found they didn't always work." 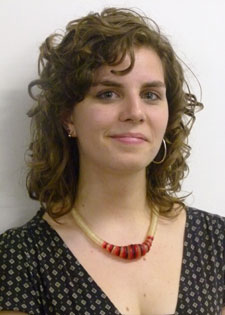 Ana drew on inspiration from her own childhood when she wrote her script. "I couldn't even imagine what it must be like to grow up knowing you're HIV positive - but I could relate to the idea of an imaginary animal. I had imaginary friends when I was a child - and even imaginary pets," she said. "The girl in my animation treats her dragon as an imaginary animal."

Ian Noble, who runs Kingston University's MA courses in communication design, said Ana's film was a good example of what the University was trying to achieve at postgraduate level. "Like many of our students, Ana came to Kingston with an idea that she'd heard about in her home country," he said. "She then incorporated ideas from her lecturers, from being part of the cultural world in London and from her fellow students, to make a brilliant short film."

Find out more about studying communication design at Kingston University.