Judges are more ordinary than we imagine, new research suggests 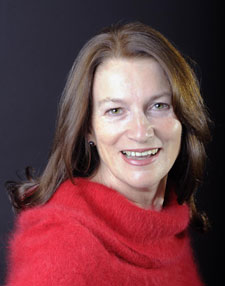 The traditional reputation of judges as out-of-touch and pompous is no longer deserved, according to a Kingston University expert who gained unprecedented access to every tier of the British judiciary.

A Reader based at the University's Law School Dr Penny Darbyshire spent seven years researching the judiciary, from district judge level right up to the UK Supreme Court, funded by the Nuffield Foundation. From 2003, she interviewed 33 judges and shadowed a further 40 closely in their work, watching deliberations at Court of Appeal and Supreme Court level and travelling with High Court judges - even staying with them in their lodgings.

"The media tends to perpetuate this stereotype of judges by the way they report some of the daft things they occasionally say," Dr Darbyshire said. "I know from work-shadowing and meeting literally hundreds of judges that they're actually hard-working and much more ordinary than the stereotype. Their hobbies include such things as gardening or walking and the main topic of conversation in judges' dining rooms is football."

Darbyshire's high level of access resulted in an intimate portrait of judges' working lives which has been published in her new book called Sitting in Judgment. Her research concludes that, by virtue of their work, "judges are far more in touch with issues of society than 'ordinary people'". All judges are quoted anonymously in the book, published by Hart Publishing.

"Because they see all of human life paraded before them in court, they have a really acute awareness of social problems," Dr Darbyshire said. "They see photos of bodies kicked to death in crack houses or beaten babies in maggoty cots. But they perceive themselves as trying to make the world better and help in people's lives by making the right decisions." 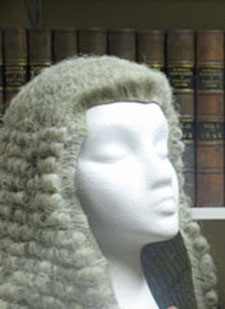 Despite still being largely white and male, the research found that today's baby-boomer judges are also far more socially mobile than their highly elitist predecessors. Of the 77 judges studied, four were born into council households. "My father was unemployed when I started at the Bar," one district judge said. "I managed to get a couple of crisis loans but I failed my A-levels first time round and I spent two years working as a betting shop manager so I was able to put more money aside."

Pompous judges do still exist, according to Dr Darbyshire, but generally most were sympathetic, patient and good listeners. "Judges' patience and listening skills were striking.  They tolerated behaviour that would have been regarded as contempt in the 1970s," she said.

The courts system itself, however, does not come in for much praise.  Darbyshire found that it remains slow, inefficient and costly and that judges' general working conditions are very poor. She noted that many of the court buildings were crumbling, staff were badly paid and IT support for judges was often non-existent.

The book was launched at a special reception at the Royal Courts of Justice in October, attended by a number of judges including the Lord Chief Justice. "This research reveals the practical day to day realities, not the myths nor the theories nor the misconceptions," Lord Judge, Lord Chief Justice of England and Wales said. "It tells us a great deal about the stresses and strains of judicial life and provides penetrating insights into the attitudes of judges to their responsibilities and the way in which they approach them."

Find out more about studying law at Kingston University.