White tea could keep you healthy and looking young 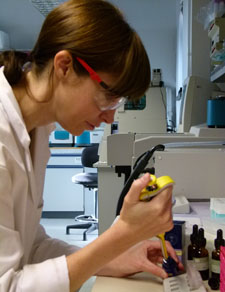 Age-old remedies could hold the key to treating a wide range of serious medical problems, as well as keeping skin firmer and less wrinkled, according to scientists from London's Kingston University. A collaboration between the university and British beauty brand Neal's Yard Remedies has seen experts discover that white tea, witch hazel and the simple rose hold potential health and beauty properties which could be simply too good to ignore.

"For thousands of years people used natural remedies to try - and sometimes succeed - in curing their ailments and preserving their youth," Professor Declan Naughton, from the University's School of Life Sciences, said. "Now the latest research we have carried out suggests a number of naturally-occurring substances may offer the hope of new treatments to block the progression of inflammation."

Inflammation is credited with a major role in both the initiation and development of diseases ranging from cancer, diabetes and arthritis through to neuro-degenerative conditions and cardiovascular and pulmonary problems. It is also implicated in premature ageing and early death. "Inflammation is a secret killer - helping arrest its development, or being able to stop it happening at all, would clearly be of benefit," Professor Naughton explained.

The new study builds on work undertaken by Professor Naughton and Kingston University PhD student Tamsyn Thring, along with the technical team from Neal's Yard. They tested 21 plant extracts for evidence of their efficiency in fighting cancer and also in the battle against ageing. Of the 21 extracts, three - white tea, witch hazel and rose  - showed considerable potential, with white tea displaying the most marked results. "Indeed it appeared that drinking a simple cup of white tea might well help reduce an individual's risk of cancer, rheumatoid arthritis or even just age-associated wrinkles," Professor Naughton said.

Spurred on by their laboratory findings, the team members decided to take the work further to see if they could replicate the results in human skin cells, looking more closely at the anti-inflammatory and anti-oxidant activity of the three extracts.

Using human skin cells as their model, the researchers added three different concentrations of white tea (freeze dried powder), witch hazel (dried herb) and rose extract (in a medicinal tincture form) to see what effect the mixtures might have on suppressing rogue enzymes and oxidants which play a key role in helping inflammation develop, as well as ageing the skin.  "As the largest organ in the body, the skin provides a barrier against UV radiation, chemicals, microbes and physical pollutants," Ms Thring said. "Challenges like this can contribute to both inflammation and skin ageing.

"We also know that when inflammation starts - be it a simple cut to a finger or in an arthritic joint - the body starts producing a compound called interleukin 8, which helps the process along. We began wondering if there was a way we could switch that signal off, thereby blocking the inflammation's progress."

Even though the team's previous research had intimated there might be some promising results ahead, the experts were astonished to see just how good the various concentrations of the three extracts were at doing the job. Dharmini Dhushyanthan, head of formulations at Neal's Yard Remedies said: "The latest research findings reinforce our belief that plants hold the secret to our inner and outer beauty."