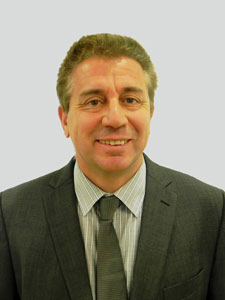 People who think that becoming a workaholic means they can compensate for an unhappy home life are deluding themselves, according a new study from Kingston University's Business School.

Researchers investigated the idea that employees who are dissatisfied in their personal lives seek 'compensatory rewards' through work, but found that this is hardly ever successful.

The study, published in the British Journal of Management, bases its conclusions on an analysis of a detailed survey about the life and job satisfaction of more than 10,000 people across thirty European countries. It found that in most countries there is an overall link between job and life satisfaction, especially for the main earners in households but, crucially, this would not extend to anyone attempting to use work to compensate for unhappiness in their personal life.

"The life and the work domains are definitely clearly correlated. Happiness at home affects your job and vice versa. Although there is a clear 'spillover' effect from one area of life to the other, there is no evidence that people who are very unhappy at home will feel 'compensated' by work in any way," report co-author Professor Yannis Georgellis from Kingston Business School said.

The results in western European countries with a broadly similar Gross Domestic Product (GDP) per capita such as France, Germany and Austria showed a weaker correlation between job and life satisfaction. In contrast, there was a much stronger link between happiness in the office and at home in Eastern European lower GDP per capita, more traditional countries like Croatia, Hungary and Romania. "The majority of people in countries with more traditional values report that work is extremely important in their lives. This is not always the case for individuals in more modern, less traditional countries who view work only as a small part of their daily life and identity," Professor Georgellis added.

However, he acknowledged there were important factors which influenced how strongly job and life satisfaction were correlated that needed to be accounted for. "The study finds that being happy at work becomes less important to women's overall wellbeing when they have pre-school children, for example, possibly because this changes working mothers' priorities," Professor Georgellis said. "This alters when children become teenagers and the link between job and overall life satisfaction is strengthened at this time as mothers often return to work."  The link between job and life happiness was also much stronger among single people of both sexes than those who were married, he explained.

Professor Georgellis works within Kingston Business School's Centre for Research in Employment, Skills and Society (CRESS). Find out more about research at CRESS.