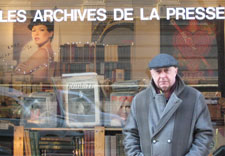 The man who introduced Sex Pistols manager Malcolm McLaren to fashion designer Vivienne Westwood has been awarded a doctorate by Kingston University.

Fred Vermorel received a PhD in recognition of his writing over four decades, which has included books about Westwood, the Pistols, model Kate Moss, pop star Kate Bush, artist Malcolm Poynter and fan culture. His doctorate at Kingston was confirmed after an interview conducted by a panel which included Professor Simon Frith from Edinburgh University, who is chair of the Mercury Music prize judges.

Dr Vermorel met McLaren at Harrow Art College in the mid-1960s and introduced him to Vienne Westwood. "Malcolm had been thrown out of his flat and needed somewhere to live. I was friends with Vivienne's brother who had a car and I suggested Malcolm ask if he could sleep in it," he recalled. "Vivienne met Malcolm when he came into the house one day for a bowl of porridge." 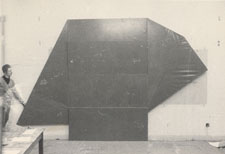 The designer was immediately captivated by the homeless student and they soon started going out. Between them, Westwood and McLaren shaped the look and sound of the Sex Pistols and the punk movement which swept Britain in 1976 and 1977.

In 1967, Dr Vermorel left Harrow to study philosophy and literature at the Sorbonne, while McLaren moved to several other London art schools before assembling the Sex Pistols and becoming their manager. Another friend at the time was Jamie Reid, who designed the bands' famous scrapbook style record sleeves.

While in Paris, Dr Vermorel witnessed the 1968 student uprisings, which he was later to write about. "I saw a link between what happened at the Sorbonne and punk. Malcolm was certainly influenced by a group called the situationists who were very good at staging stunts to draw attention to themselves," he explained.

Dr Vemorel's book about the Pistols - co-written with his ex-wife Judy - came out the day before the band broke up. It has been repeatedly republished ever since. A later biography of Kate Moss, 'Addicted to Love', also proved successful - published at the height of media interest in her relationship with singer Pete Doherty. "It was being reported at the time that she had split up with him," he said. "My photographer and I were taken to a farm house where they were staying and it was very clear that they were still together."

But the book he is most proud of is 'Starlust - The Secret Fantasies of Fans' written in 1985, which has recently been republished by Faber. "Ironically, Faber were interested in the original book but they turned it down in the 1980s," Dr Vermorel said. "It was the first book to look at the culture of fans and to try to understand how they felt about stars." The introduction was written by Pete Townshend of The Who.

Dr Vermorel has been teaching at Kingston University since 2004 but it was only in the past few years that he became aware that he could apply for a PhD by practice - a doctorate based on the work he had published during his career.

"It's something I've wanted to do ever since I did my MA at Sussex in the 1980s," he said. "It was great that Simon Frith interviewed me - I read his pieces in the New Society when I was a teenager and it was one of my introductions to writing about culture."

Dr Vermorel remains as busy as ever. As well as teaching students at Kingston, he is currently working on three books and has recently had pieces published in Village Voice, Upstreet, Rebel and GQ magazines.