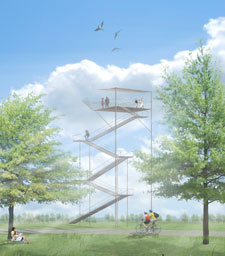 A landscape architecture practice run by a Kingston University lecturer has been shortlisted for the task of designing one of the largest urban parks in America.

Ed Wall's practice is up against four other firms - including Aecom, the company that designed London's 2012 OIympic Park and recently won the contract for the Rio Olympics in 2016. The finalists are competing to reshape a 1,500 acre site - more than four times the size of London's Hyde Park.

Waterworks Park in Iowa is on the Raccoon River, a tributary of the Mississippi. The Raccoon has supplied water to the nearby city of Des Moines for more than a century. The whole park is owned by the local water company which, in the 1920s and '30s, bought up the land around the river to protect it from development.

In 1993 the river levels rose, flooding the water treatment works and leaving Des Moines without clean drinking water for a week. Despite improvements, the Raccoon again broke its banks in 2008 and the area still remains susceptible to flooding.

Rather than producing an all-encompassing scheme for the park, Mr Wall's plan relies on taking ideas and observations from the people who use the park and who work there on board. "There are many flows of information we can tap into," he explained. "We'll be using some hi-tech gadgetry and scientific reports into water quality, for example, but we'll also be monitoring blogs by bird watchers and tweets from outdoor enthusiasts. We can use this information to create new ways of designing and managing the park."

Nineteen firms entered the competition. Mr Wall visited the site in November, along with representatives from the other shortlisted firms. All five are going back this month to exhibit their plans at a gallery in Des Moines and deliver presentations to the panel of judges, before a final decision is made in January.

The lecturer put together a trans-Atlantic team to prepare his submission, including consultants from London, New York and Des Moines. Five Kingston graduates worked with him alongside several teaching colleagues from the university. "It's an unusual park because its primary purpose is to protect the river - not to provide recreation," Mr Wall said. "It means I've had to draw on different peoples' expertise - I've been working with engineers, ecologists and architects among others. 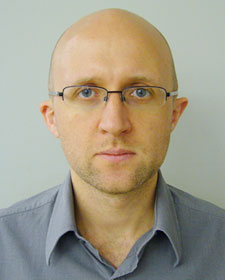 "I have a bit more time in the summer, when I'm not teaching, to focus on my practice and research. So I tend to select one or two competitions to enter," Mr Wall explained. "What was appealing about this one was that submissions had to be anonymous. That gives small firms a bit more of a chance."

Mr Wall has already won one competition this year, designing a roaming forest for the Bat-Yam Biennale in Israel. Groves of trees were planted in containers so they could be moved around the city to create new public spaces for residents and visitors.

"The roaming forest was more of an installation rather than a permanent project. The park in Des Moines is on a different scale but continues some of the concepts explored for the biennale. It would be interesting to win a major commission such as the Waterworks park in Des Moines. It would mean spending a lot more of my time in Iowa," he said. "But there's no way I'd give up teaching - working with the students is an important inspiration for the design work I do outside the university". 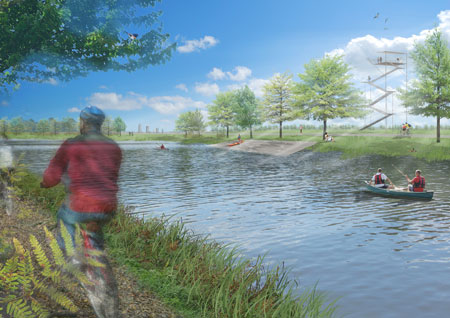