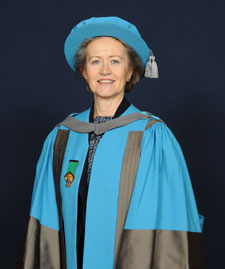 The Government needs to educate both students and teachers to the exciting possibilities of studying information technology and the variety of career options it offers, according to the former President of BCS, The Chartered Institute for IT.

Accepting an honorary degree from Kingston University, Elizabeth Sparrow welcomed the debate currently surrounding the quality of the IT curriculum. "We're not exciting the next generation to the possibilities of what they can achieve from a career in computing," she said. "Digital literacy is important for everyone and we need to teach school children how to create digital technology for themselves through computer science. This is why the BCS and other organisations are working hard with the Government to develop a new and challenging curriculum and to give teachers the support they need to actually educate more effectively."

She urged students graduating at the ceremony at Kingston's Rose Theatre not to limit their career aspirations as they entered the professional world. One of the best things about working in information technology or computing was the enormous range of opportunities it opened up, Dr Sparrow said. "IT is interwoven into so many different industries, all with the potential to change society for the better. It touches virtually every aspect of our lives, from laptops to microwave ovens, mobile phones to games consoles and innovation is constantly changing the way in which we work and play. We can use it to transform lives and find solutions to some of our most pressing social and environmental issues." 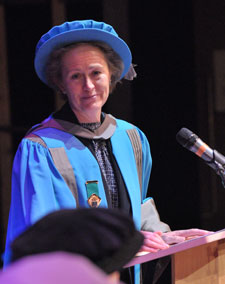 Although there had been enormous advances in a relatively short space of time, there was much more technology could do to enhance people's lives and help tackle society's challenges, Dr Sparrow added. "Today's computing graduates have the opportunity to play a pivotal part in taking this forward," she said.

In an IT career spanning 30 years, Dr Sparrow has worked in senior posts for a number of different organisations ranging from the British Library to T-Mobile. As IT Director at the Home Office, she led a major infrastructure upgrade while, at the Crown Prosecution Service, she co-ordinated a significant change programme that also covered the police service and courts. During her term as BCS President between 2009 and 2011, she was responsible for a series of award-winning programmes aimed at increasing public confidence in IT and encouraging people to make better use of it in everyday life. She remains heavily involved in the work of the institute and is also a trustee for national charity AbilityNet, which helps disabled children and adults use computers by adapting technology.

Being named an Honorary Doctor of Science by Kingston University was an enormous honour, Dr Sparrow said. "It's wonderful that the University's Faculty of Science, Engineering and Computing recognises achievements in the world of IT in this way," she added. "This award says a lot about its commitment to widening participation in education and its work laying the foundation for its graduates' successful careers."

Professor Tim Ellis praised Dr Sparrow for her outstanding contribution to the profession. "Elizabeth Sparrow is a dedicated champion of IT education and has made a significant contribution to the sector over the years," Professor Ellis said. "Her achievements and passion for IT and the enormous possibilities it offers us all make her a tremendous role model for our students." 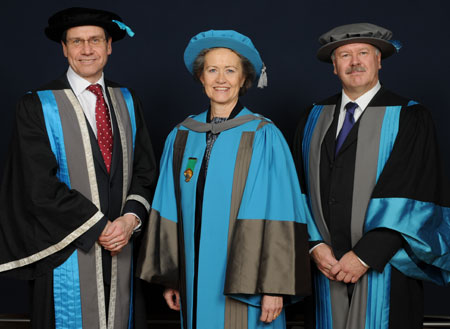