A team from Beijing has scooped first prize in a Chinese art and science challenge created by Kingston University and the British Council. Team 321 from Beijing's Institute of Fashion and Technology fought off stiff competition from four other finalists to be named winners of the Dream Lab competition. The contest was staged in conjunction with a line-up of prestigious partners including the Science Museum, Design Museum, the Wellcome Trust and Bournemouth University.

In the challenge, art and design students from 20 leading Chinese universities were asked to communicate the science of sleeping and dreaming - anything from jet lag to the physical and psychological effects of night-working - and to use their creative skills to engage audiences in complex science ideas. Members of the winning team introduced their entry, called Releasing The Brain's Secret Power, by taking to a runway dressed as chemicals and cells to explain how the human body releases disease-fighting organisms during sleep.  Their project also featured animation and plans for iPhone games, flash mobs and school plays, devised to form part of a public awareness campaign on the importance of sleep in fighting illness such as cancer and depression. "We learned a lot which we could not learn from the classroom and realised the importance of team work. I believe the experience will greatly benefit my future life and study," team spokesperson Zhang Tianyi said. 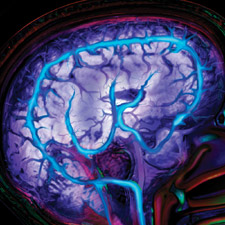 All 20 teams were mentored online by British experts during the summer. The finalists, who also included teams from the China Academy of Art, Hunan University, Southeast University and Xiamen University, presented their ideas live on stage in Beijing in November.  The judging panel was made up of academics and experts in science, art and design from Britain and China. "We chose the science of sleep because it crosses all cultures - it's something that everyone experiences," project lead Professor Catherine McDermott, from Kingston University's School of Communication Design, said. "The teams showed outstanding effort and produced fantastic catalogues of highly professional and creative work. The high quality made picking the finalists all the more difficult for our panel of experts."

The winners are now preparing to jet to the United Kingdom next April for the trip of a lifetime, during which they will be VIP guests at museums and universities - including Kingston - meeting academics and seeing some of their latest work and research first hand.  All institutions in the final will also be able to nominate a student for one of five Dream Lab Scholarships being offered by Kingston University and Bournemouth University, which will give recipients a chance to study full-time in the United Kingdom during the coming academic year.

Professor McDermott is delighted that the Dream Lab challenge is due to be rolled out to other countries in 2010, further strengthening Kingston University's international profile.  "The creation of interdisciplinary design project briefs is something we know how to do really well at Kingston," she said. "It has placed our design courses at the forefront of education in the United Kingdom."