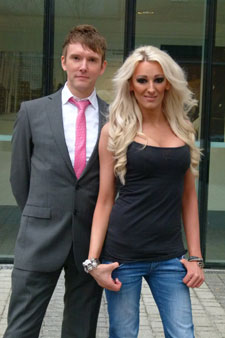 Primary school children should be taught about transsexuals from the age of 10 and have the option of jabs that delay the onset of puberty, according to Drew-Ashlyn Cunningham, one of the stars of Channel 4's My Transsexual Summer documentary series.

Drew-Ashlyn was speaking while visiting Kingston University in London to talk to students about her experiences of living as a woman.

"If you think you are transsexual, pre-puberty is the time you want to start taking jabs to delay puberty because once you've gone through it, the physical changes are very hard to reverse," she said. "I am all for youngsters who are confused being helped to postpone puberty so they can decide what gender they really are. I only wish this option had been available to me." Her comments come after it was revealed that six children in Britain will be given jabs to delay puberty on the NHS because they are convinced they are the wrong sex.

"I also think if younger children are educated about it in school from the age of ten, they won't question it," she said. "Adults question it because they were never educated about it, which explains all the prejudice. Once children understand that being transsexual isn't a problem, meeting one of us will become as normal as meeting a gay person."

The event was part of a series of educational talks Drew-Ashlyn is planning at universities and at schools in Yorkshire, where she lives. Kingston is the first university to host an open discussion with Drew-Ashlyn. 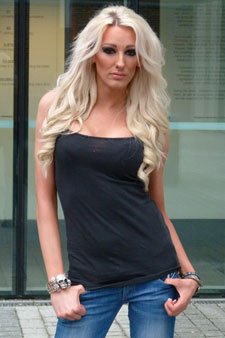 "From a young age I was allowed to play with Barbie dolls," she told students. "My dad was away in the army and, having two sisters, I didn't question it. I started getting bullied and called gay at school. I was even strangled by a group of kids when I first moved to Wakefield at around the age of ten. Because I used to hang around with girls, a group of boys threatened me and put their hands around my neck."

A 22-year-old from West Yorkshire, Drew entered the public eye through the critically-acclaimed TV series in 2011. She describes herself as a blonde, tangoed, leggy make-up artist, who wants to live a normal life and pursue a career, but as the programme showed, things haven't been easy for Drew. She came out as a woman in 2007, and despite the support of her family and friends, she still experiences prejudice. Drew now lives full-time as female and is saving up for surgery, although she hasn't decided yet whether she will go ahead with it.

"Some straight and married men have a thing for transsexuals," she said. "They look at them as women but with a whole edginess to them.  Now I am dating a guy and it doesn't matter what's between my legs."

The event was organised by Will Brooker, head of film and television research in the School of Performance and Screen Studies, to tie in with his department's undergraduate module 'Identity and Difference', which invites students to examine media representations of ethnicity, gender, sexuality and disability. "I am very proud that Kingston was the first university to host Drew and I think we had a very open and respectful discussion about trans issues that often aren't discussed in a university setting," he said. "I think the representation of trans people is often stereotypical and this is a step in the right direction towards a more positive, sensitive representation."

Katherine Kepa, Student Union Vice-President for Education and former LGBT executive officer, was in the audience. "I think it's a really positive step forward for trans issues to be included in the curriculum as there is a huge need to educate people," she said. "This is still a taboo topic and if we inform people we can make it much easier for the transgender community."

Find out more about studying film and television at Kingston University.