As the cherry blossoms burst into bloom in Japan this spring, third-year architecture students at London's Kingston University have been putting on a spectacular display of their own with a Japanese-inspired building project.

Using the iconic five-arch design of the Kintaikyo Bridge in western Japan, the students have recreated a 1:3 scale version of one section of the famous landmark. While the original is often photographed amid the bright spring cherry blossoms, Kingston's tribute to the early architectural enterprise was designed to capture the imagination at the world's largest show for sustainable design, Ecobuild, in London's Docklands.

"In a time before mechanisation, the Japanese craftsmen were working by hand without modern tools and techniques," said architecture lecturer Takeshi Hayatsu, who has been leading the project with senior lecturer Tim Gough.  "Their 17th Century design is a great example of architectural innovation because subsequent repairs and rebuilds over the centuries enhanced and simplified the magnificent structure each time." 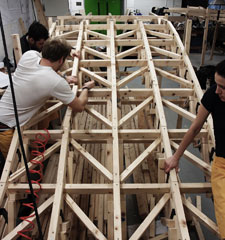 Scottish timber merchant James Jones and Sons donated almost 700 metres of sustainable spruce to the student team creating Kingston's 12-metre structure. "Cutting it themselves, handling the length and weight of the wood and working out the sequence of pieces are all important parts of the learning experience," Mr Hayatsu, who comes from From Okayama in Japan, explained. "It's not just about exploring the design and the shape, it's about understanding the constraints of the design too.  What's possible on paper is often just the starting point for innovation once someone starts building a structure."

Located in Iwakuni, Yamaguchi prefecture in western Japan, the Kintaikyo Bridge is an arched design and because of this shape it uses less material than other constructions to span great distances. "Because the small components of our bridge could be cut by hand, there is very little waste," Tim Gough explained.  "Architects today need to consider their use of resources more and more, so the students were encouraged to make their work as efficient as possible. The Japanese craftsmen worked with this ethic and it remains an important lesson for our students today." 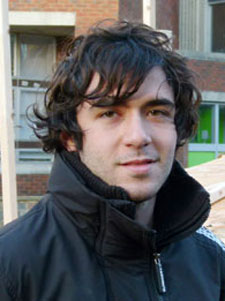 The final-year architects were given 10 days to make all the pieces in the workshops at Kingston University's Knights Park campus.  Student Miles Borg was nominated as project manager.  "While we enjoyed planning our own versions of the bridge, actually getting to build one that could take the weight of people walking on it was an excellent challenge," the 21 year old said.  "Being able to throw ourselves into a project like this with a tight deadline and limited resources has really focussed our attention on problem solving. When we came across an obstacle, it was great to get the team together to work out a solution."

Mr Hayatsu contacted the Kintai World Heritage organisation in his homeland to let them know about his students' plans to build a replica of the bridge.  "They supplied us with access to their archive of historic drawings, plans and photographs to help the students with their work," he explained.  "The original bridge is incredibly important historically, culturally and architecturally, and it is hoped the site will achieve world heritage status in the future."

The Kingston University architects' bridge was on show at Ecobuild at the ExCel Centre in London's Docklands betwen 20 and March.  Postgraduate architecture students also exhibited their design for a new addition to the University's Stanley Picker Gallery made from Portuguese cork oak blocks. Last year's show attracted more than 55,000 visitors from around the globe. 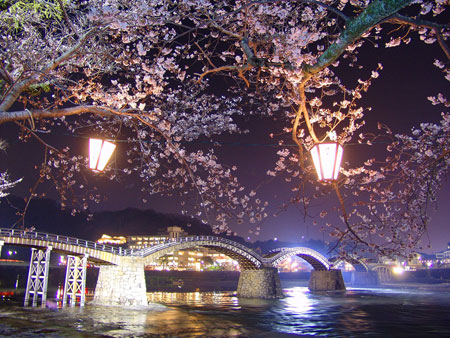