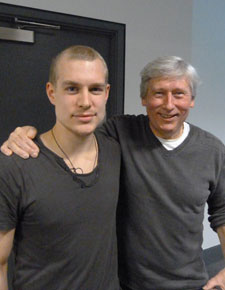 A top Hollywood film producer has called for more universities to make cross-course creative projects part of degrees to increase student employability. Speaking to students at London's Kingston University, Max Howard, whose CV includes such blockbusters as Who Framed Roger Rabbit, The Lion King and The Iron Giant, said putting more emphasis on giving students specialising in different subject areas the chance to work together would better prepare them for the world of work.

Despite media reports contending that some universities' computing courses were not creating students of a high enough calibre for industry, Howard remains confident that graduates have plenty of opportunities ahead of them. "I think the animation industry is crying out for well-rounded students. The fact the bigger companies all have dedicated recruiters shows there's definitely still a need for highly-skilled newcomers to the industry," he said.

Howard was invited to Kingston University to talk to students about creating and pitching stories for animated features. The event attracted students from creative writing, journalism, art and design and computer science and Howard was impressed with the variety of subjects represented.

"Animation is made up of different disciplines - character design, production, lighting, compositing, rigging, writing - and to make a film those specialisms need to come together," he said. "If you like working individually, as many artists do, entering the workplace and suddenly being asked to adapt to somebody else's style can come as a bit of shock. That's why it's so important that degrees have a strong element of practical application and give students a real feel for working in collaboration with other people." 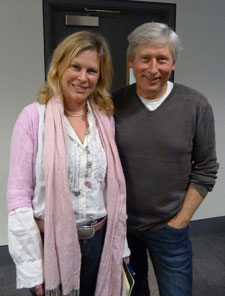 Practical experience of working collectively, which is a strong feature of Kingston's degree programmes, was vital while students were still at university, Howard added. "Bringing all the different elements and skills together to make a feature-length film, for example, allows students to specialise in their individual disciplines as well as giving them a sense of what it takes to have shared responsibility," he said. "Working in teams with students taking on different roles as animators, directors and producers creates a calling card for the university as well as the students. So rather than having lots of 30 second films made by individuals, universities could produce longer films that could even be shown at film festivals and considered for industry awards."

He also advised students on how best to pitch ideas to film studios and a handful even had the opportunity to run their projects past Howard one-to-one. Susan Saville, from Kirdford in West Sussex, who is completing an MA in Creative Writing, pitched an animated feature based on her series of eco-conscious children's books. "It was great to have the opportunity to meet someone of Max Howard's standing," she said. "I'll get more from a day with such a prominent professional who's been a success in the world that we're studying to be part of than I would from reading three or four books."

Film-making undergraduate Jonas Grimeland, originally from Notodden in Norway, used the opportunity to pitch his idea for a live-action superhero film called Everyday Hero to Howard. "It was really useful to get concrete feedback from an actual producer and the experience gave me much more confidence about taking my projects forward," the 23 year old said. "In future, I will follow my instincts more rather than sticking too closely to a script. Pitching is about selling an idea, so it's important to be clear and enthusiastic to ensure that gets across."

Steven Burch, senior lecturer in computer graphics technology, said the students had gained an invaluable insight into the industry from Howard's visit. "At Kingston University we place strong emphasis on giving our students access to the expertise of some of the biggest names in the profession," he added. "We regard this as being absolutely vital as they develop the full set of skills essential for securing roles in creatively-driven fields."

Find out more about studying art and design, computer science, creative writing and journalism at Kingston.