Internet use has changed the way sexual offenders target victims 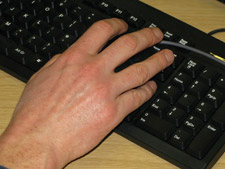 The internet appears to be changing the way sexual offenders select and groom their victims, according to new research. Academics from the Kingston University, the National Centre for Social Research (NatCen) and Royal Holloway, University of London have found sexual offenders appear to be using the internet to fast-track the abuse process. Their findings, which form the first phase of the European Online Grooming Project, were presented to policymakers at the UK Council for Child Internet Safety's first annual summit this week attended by Prime Minister Gordon Brown and Children's Secretary Ed Balls.

Previous research into child sexual abuse had shown that offenders were involved a socialisation process which could last a number of months with an offender befriending a young person, and in some cases their family as well, to prepare for the abuse. This might have included sending gifts and taking an interest in their victim so that the young person felt they had made a friend. However early findings from the European-wide study suggest that the grooming process by sexual offenders operating on the internet is much faster. Rather than selecting one particular vulnerable person to abuse, offenders appear to start with a list of hundreds of young people and work through it until they find someone who is willing to meet them. 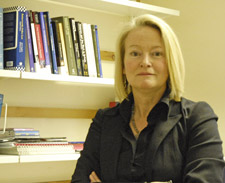 "Preliminary findings suggest that offenders claim their behaviour is fantasy or simply role-play when communicating with young people on the internet," Professor Julia Davidson, a lead researcher from Kingston University, said. "The research also appears to show that the grooming period has been speeded up with chat room communication becoming almost immediately sexualised." Professor Davidson, a co-director of the Centre for Abuse and Trauma Studies a partnership with Royal Holloway, University of London, added: "There is also some evidence that indicates images are sent to children as part of this grooming process."

Researchers from the UK, Belgium, Italy and Norway spoke to key contacts in the police and prison service as part of the research and looked at the different legislation and approaches to internet safety in place across Europe. They have found sexual offenders tended to operate in very similar ways whatever their country of origin and were increasingly using such social networking sites as MSN and Facebook. The research also shows sexual offenders who use the internet are becoming very technologically advanced and are operating in communities sharing images between countries.

Stephen Webster, the lead researcher on the European Online Grooming Project, said: "This is a public health issue and we need an immediate and informed debate about how we effectively manage online sexual offenders," he said. "We have a public safety obligation to raise awareness and empower parents and carers to use the internet safely". As part of the public safety initiative, the research would also be able to inform the development of the most robust intervention programmes for online sexual offenders, he added.

The first phase of the research will be published in March, followed by a second stage including interviews with offenders serving prison sentences for child sexual abuse using the internet. The project will run until 2012 and is sponsored by the European Commission Safer Internet Plus Programme. Results of this research will inform the work of law enforcement agencies and providers of treatment services for sexual offenders as well as influencing the risk management policy.