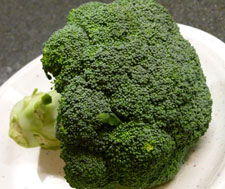 They have been the mainstay of the health industry for the best part of a decade, but now researchers at London's Kingston University are using an approach that allows them to delve deeper into the effectiveness of health-promoting 'super foods' and their elixir-giving ilk. While there's no doubt foods such as broccoli, blueberries and whole grains contain polyphenols - compounds that have antioxidant and anti-inflammatory properties - the academic experts contend that little of these health-giving properties actually make it past the gut.

"Polyphenols may well work when cells are exposed to them directly, such as under laboratory conditions, but what needs to be established is how effective they are when consumed as part of a food. If they don't actually get through the gut membrane and into the rest of the body, then they're not a super food," Dr Lucy Jones, Deputy Dean at the University's Faculty of Science, Engineering and Computing, said.

Using a model developed in the early 1980s by US cancer research institute Sloane Kettering, Dr Jones and her colleague Dr Elizabeth Opara, adapted it to see if and how medicinal Chinese herbs, known to limit the growth of cancer cells, were absorbed in the body. Known as the Caco-2, the model mimics the action of the small intestine, the principal place where nutrients are taken up. The Kingston researchers used it to assess what does and doesn't make it through the gut. 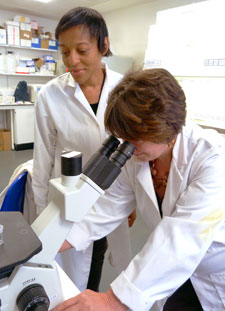 "The Caco-2 is a single layer of cells grown in a laboratory environment that develops the characteristics and functions of the micro-villi, the tiny hair-like projections that aid efficient absorption found mainly in the small intestine," Dr Opara said. "This allows us to look at what nutrients pass through into the body and could be used to test food supplements, drugs and foodstuffs. We found that while some compounds may have a local effect in the gut itself, in terms of the rest of the body the impact could be negligible."

Products so far tested by the Kingston University research team include herbs such as parsley, rosemary, sage and thyme. "We are also looking into the possibility of using the model to test a dietary nitrate supplement which is currently being investigated for its impact on performance by Kingston University's sport and exercise scientists," Dr Opara said.

Beyond its use for debunking exaggerated health claims and benefits, the Caco-2 model could form a key part of a screening process to determine the effectiveness of a range of dietary compounds. "It can also be used to study compounds in combination," Dr Jones said. "For example, a cancer patient may want to take Chinese medicines in addition to their prescribed medication. The Caco-2 model would allow researchers to look at the pros and cons of this and provide an insight into the various interactions."