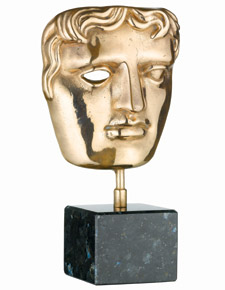 A series of four dramatic short films, See Something, Say Something, animated by two recent Kingston University graduates, has won a BAFTA at the recent British Academy Children's Awards ceremony.

Ben Wright, 25, and Will Milton, 24, who met on their first day at University, designed the overall aesthetic, including characters, backgrounds and animation for the films while working at Bold Creative. The design agency, which specialises in social projects, interviewed four children about their experiences of bullying, and their deeply moving, brutally-honest stories were then animated by Kingston graduates Ben and Will with a combination of hand-drawn and computer animation.

"The challenge was to tell the stories in a way that would appeal to other young people, but which ensured the anti-bullying message hit home," Ben, from Guildford, Surrey, explained, who had his own experience of bullies at school. "When I was 8, I was picked on for having freckles. My mum told me that if I laughed about it, the bullies would either leave me alone or become my friend. It worked, and I still use this advice in my everyday life."

The films took two months to make, and were screened on the children's TV channel Nickelodeon as part of an anti-bullying awareness week. They tell the stories of Marcus, a former bully; Mark and Alaskah, two children who had been bullied; and Kelly, a friend of a victim of bullying, and give an insight into the causes and effects of the problem.

Will, from Haywards Health, West Sussex, admits to being "stunned" when he first heard they'd been nominated for a BAFTA in the Short Form category. The ceremony was held in London on November 29th. "It was incredible to be there alongside famous nominees in other categories, such as Disney Pixar's Up," he added. "When they announced our project had won, we were ecstatic, it was pretty bizarre!"

See Something, Say Something was produced by Greg Villalobos and Martin Orton of Bold Creative, who collected the award on stage along with Jane Laffey of Nickelodeon UK. "I took the BAFTA home for the weekend and it had pride of place on my mantelpiece - I just couldn't believe we'd done it!" Ben, who's dyslexic, said. He also took the trophy into his former primary school, Holy Trinity in Guildford, where he gave a talk on dyslexia.

Damian Gascoigne, senior lecturer in animation at Kingston, said it was clear that Will and Ben brought out the best in each other. "They worked together on a joint project here at Kingston, and they were quite a force," he said. "There aren't many people in their early 20s who could produce this level of work. Here in the Faculty of Art, Design and Architecture we have intensive contact with the students, to help them develop their talent and to think creatively at a high level, and it pays off."

Ben and Will thanked their assistant animators on the See Something, Say Something project, Ali Assaf and Rachel Thorn, and paid tribute to their lecturers at Kingston. "The University course focuses strongly on illustration, so we gained a deep, core understanding of drawing and hand-crafted this approach to the films."