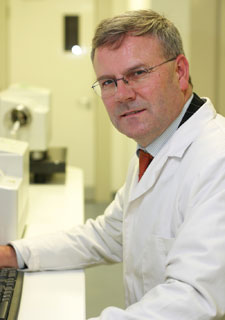 Scientists at London's Kingston University have uncovered evidence that lack of a particular form of vitamin D is associated with Alzheimer's disease.

Working in collaboration with researchers from Brighton and Sussex Medical School and the Sussex Partnership NHS Foundation, the Kingston researchers spent six months analysing blood samples from patients with Alzheimer's. They compared test results from those not being treated with any drugs to those from people on medication and a further group who did not have the condition.

Lead researcher Professor Declan Naughton, from Kingston University's School of Life Sciences, said the results had revealed some important facts. Alzheimer's patients who were not using medication had very poor stores of vitamin D2 - the type originating from food such as oily fish, rather than that obtained from exposure to the sun. "The vitamin was either non-existent or in such low quantities that it could barely be measured," he explained. "In comparison, people in the study who were either being treated with drugs to control their Alzheimer's or who didn't have the condition at all showed far higher levels."

In a further twist, the scientists found indications that Acetylcholinesterase inhibitors - used to treat the early stages of Alzheimer's - might play a role in actually "switching on" the body's absorption of vitamin D2.

"There are several different types of vitamin D that can be active in the body," Professor Naughton explained. "The key point in this study was that a blood test, which we developed at Kingston University, was for the first time able to accurately measure which, if any, of the different variations of vitamin D were present in Alzheimer's patients."

There had been speculation in the scientific community in the past that vitamin D, or a lack of it, might have a role to play in the development of Alzheimer's. However, this was believed to be the first time scientists had pinpointed the connection with the vitamin D2 metabolite, Professor Naughton said. 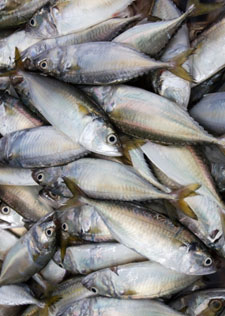 Although more research was still needed, the findings could eventually pave the way for medical intervention to restore levels of that particular strand of vitamin D, he added. Such an approach had the potential to have a marked impact on the devastating condition, which currently affects almost half a million people in the United Kingdom alone. "Further investigations are now needed to determine whether simple dietary advice or giving a specific supplement could restore beneficial levels in Alzheimer's patients," Professor Naughton said.

Vitamin D plays a key role in the development of healthy bodies. It helps to form and maintain strong teeth and bones and is thought to protect against a number of diseases such as cancers, cardiovascular conditions and neurological problems.  "Most people associate vitamin D with exposure to the sun. The idea that a lack of the storage form originating from foods such as oily fish and egg yolks might be implicated in the development and progression of Alzheimer's definitely merits further research," Professor Naughton said.