Classroom entrepreneurs likely to be Alan Sugars of the future 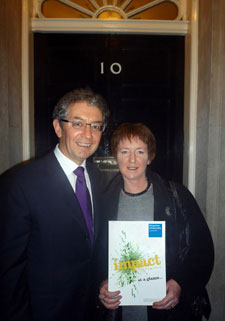 Running a business while still at school or university almost doubles your chances of being your own boss later in life, according to new research carried out by Kingston Business School.

The report shows that teenagers who get the chance to set up and run a real business in the classroom are almost twice as likely (42 per cent) to become company owners than those who have not (26 per cent).

Dr Rosemary Athayde from Kingston Business School discovered the findings after conducting a series of in-depth surveys and interviews with 371 people who attended Young Enterprise programmes between 1962, when the charity was founded, and now.

The Young Enterprise programme enables 30,000 fifteen to nineteen year olds each year to run their own real companies for twelve months with help from expert business mentors.  Students have to set up business bank accounts and work with industry insiders, with Young Enterprise insurance minimising any financial risk.

Dr Athayde compared the results with a control group of 202 people who had never been on a Young Enterprise programme, adjusting for the difference in sample size. Her resulting report was launched at a special reception to celebrate 50 years of Young Enterprise at 11 Downing Street on Wednesday (November 15).

"It was obvious that running a business really excited the young people but they also seemed to learn a lot through it," she said.  "What we found was that Young Enterprise alumni were much more resilient and dealt better with the knocks entrepreneurs often face.  Also, success breeds success; if you've managed to run a business that has thrived in the past, you're more likely to be successful in doing so in future." 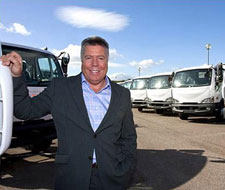 Roy Stanley founded the Tanfield Group, one of the world's largest makers of commercial electric vehicles, and said that Young Enterprise had helped him as a young man with no exposure to business.  "When I did the programme it was in the very early days in management thinking so it was really far ahead of its time," he said. "For a working class kid who hadn't had any formal exposure to business it quickly helped me acquire a lot of knowledge."

Alumni companies also employed more people Dr Athayde said with 11 per cent having 51-99 employees compared with nine per cent of the control group. "The research clearly showed that businesses run by Young Enterprise alumni are more likely to be innovative, limited companies, employ others and have a larger turnover than the typical small firm in the United Kingdom," Dr Athayde added.