Experts serve up slice of knowledge at Cafe Scientifique 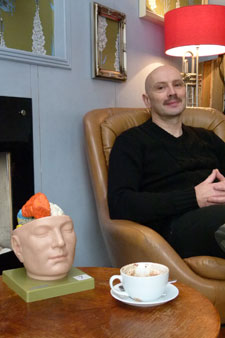 The inner working of the mind was the subject of Kingston's first Cafe Scientifique - a new community event giving both science buffs and people with a passing interest in the subject the chance to talk about latest developments with Kingston University experts.

Dr Mark Preece, from the University's School of Life Sciences, took centre stage at the launch of the initiative at Woody's Bar and Kitchen. He led an informal session explaining how advances in brain imaging - techniques that allow scientists to see inside a living brain - have contributed to a better understanding of mental illness. His talk was followed by questions and a general discussion with members of the public.

Dr Preece, a senior lecturer in physiology and pharmacology, said brain imaging was a revolutionary technique. "Previously we had to rely on post mortems to see inside the brain. The big benefit of neuro-imaging is that we can see what's going on in a living person."

Using the technique to help treat people with mental health problems such as schizophrenia or depression is Dr Preece's specialist interest. "Brain imaging allows us to see which areas might be dysfunctional and can help us assess whether particular treatments such as talking therapies or drug regimes are useful to a patient," he explained.

The two most common types of brain imaging are PET (positron emission tomography), where a scan detects radioactive material injected into the brain, and MRI (magnetic resonance imaging), which provides a view of the brain from radio-frequency signals. Dr Preece outlined these techniques and how they worked in a way that was understandable to scientists and non-scientists alike. "We hope events such as Cafe Scientifique will help dispel the notion of scientists as eccentric individuals working to their own agenda," Dr Preece said. "We want to open up science and draw people in by talking in a relaxed environment away from lecture theatres and libraries."

Professor  Barbara Pierscionek, Associate Dean of Research at Kingston University's Faculty of Science, Engineering and Computing, has helped spearhead the launch of Cafe Scientifique in the borough. "What we do in science affects everyone. A lot of public money goes into this work so it's absolutely vital that we get the local community involved in hearing about it and contributing to the discussions and debates surrounding it. The livelier these are the better," she said.

"Kingston University does a lot of incredibly important frontline research and the Cafe Scientifique initiative gives us a great platform to present that research to the community. It also helps us connect with people such as small businesses who may be interested in working with us in the future."

Cafe Scientifique first came to the United Kingdom when it was launched in Leeds in 1998 and has since spread to more than 40 towns and cities across the country. It also runs in scores of others around the globe. The idea is based on Cafe Philosophique, which philosopher Marc Sautet launched in France in 1992.

God and science, environmental damage, robots and bugs are among the list of possible subjects for future Kingston Cafe Scientifique sessions, which will take place each month. The next event, again at Woody's, will be held on Tuesday December 11, featuring Dr Richard Cook from the University's School of Life Sciences discussing opposing views on the origin of the eye. 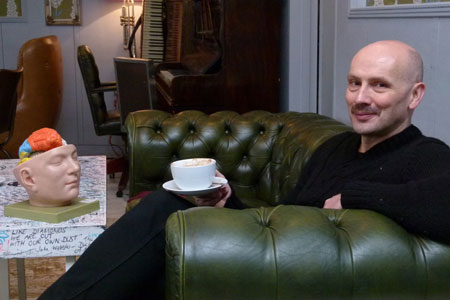