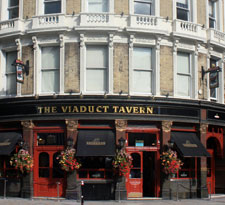 Kingston University's interior design, architecture and landscape architecture students are applying to get United Nations-protected status for the London pub.

During the next nine months, students will develop the 350-page document that is required to be submitted to the Department of Culture, Media and Sport - the first stage of a process which, they hope, will lead to world heritage status being granted by the United Nations Educational, Scientific and Cultural Organisation (UNESCO).

The project does not aim to protect any one specific pub. "UNESCO has a tradition of listing so-called serial sites, from prehistoric caves in France to modernist housing estates in Berlin," tutor David Knight explained. "We're not focusing on the fixtures and fittings but rather on the role a pub plays in a community and what it means to the people who use it."

More than 400 students from Kingston University's School of Architecture, Landscape and Interior Design are working together to produce the document - developing a project that has entailed visiting and documenting more than 80 pubs across the capital.

According to the Campaign for Real Ale, the United Kingdom is currently losing 12 pubs a week. "It's not just about a place for drinking - or even meeting friends - disappearing," Mr Knight said. "It may be that a pub has a function room which plays a pivotal role in a community, hosting receptions after weddings or funerals." 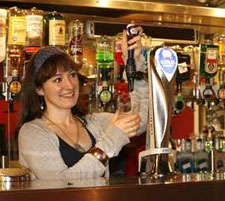 The idea grew out of a conversation between Mr Knight, his fellow lecturer and partner at architectural practice DK-CM, Cristina Monteiro, and the Head of School at Kingston Daniel Rosbottom.

"Thinking about a special pub and what's unique about it, it suddenly seems a bit futile to only protect its physical fabric, without thinking of who uses it and for what," Mr Rosbottom said. "The surveys, which students have carried out, describe more than just physical things. They attempt to understand how those things relate to the needs of the pub's community."

All Kingston's architecture students will be looking more broadly at UNESCO World Heritage sites during this academic year and beyond. The campaign has won extensive support through Twitter and has already generated interest in Japan, Australia and Russia.

As well as identifying sites of special importance, UNESCO lists a few of what it terms serial sites, which protect building types rather than individual places and which Mr Rosbottom believes are useful precedents for the bid. "People normally expect protection to apply to Stonehenge, the city of Bath or the pyramids," he said. "But it also applies to the cultural character of a place."

UNESCO lists intangible heritage, which includes cultural traditions such as Cypriot poetic duelling, Croatian gingerbread craft and Spanish flamenco dancing and even the gastronomic meal of the French. The team at Kingston believes its bid for the London pub is most similar to the currently protected Viennese Coffee house culture. This classification focuses on urban buildings and the significance of the service they provide.

"Designers frequently treat planning and heritage policy only as constraints," Mr Rosbottom said. "This project has encouraged a whole school of students, across three disciplines, to see them instead as things that they can influence and engage with. The project reinforces the relationships between academia, practice, culture and society, which are central to our teaching at Kingston University." 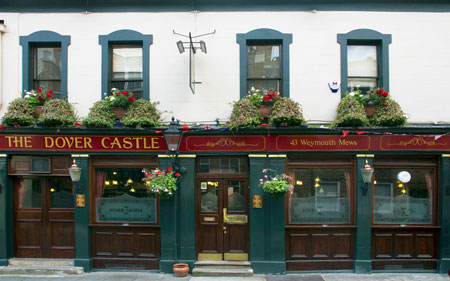