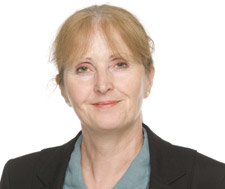 People with mental health problems are more likely to be victims than perpetrators of crime and yet the criminal justice system can make it difficult for them to report a crime or go to court. A new three-year research project aims to find out how the system can be improved to give vulnerable adults a fair hearing.

Vari Drennan, Professor of Health Policy and Service Delivery in the Faculty of Health and Social Care Sciences, run jointly by Kingston University and St George's, University of London, is studying ways in which the justice system could be improved. The research, which is being conducted with charities Victim Support and Mind, and the Institute of Psychiatry is being funded by a £480,000 grant from the Big Lottery Fund.

The study will involve a survey of around 400 vulnerable people in south London to see whether and how often they have been victims of crime. A smaller group will then take part in more detailed interviews to find out what difficulties they have faced in trying to report offences. Professor Drennan said: "We will be analysing the experiences of people with mental health problems to try to understand how they can be better supported through the criminal justice system." She said the final report would recommend improvements to policy makers and public services from the courts and police to housing, social work and health agencies.

She explained that the work of Victim Support suggests although the courts and police are required to identify witnesses or victims with mental health problems so they can be offered extra help, many vulnerable people were still not getting the support they needed.  "Mind has suggested that many people with mental health problems do not come forward to report crimes because they find the criminal justice system daunting and are fearful that the process may be detrimental to their mental health," she added.

Professor Drennan, a former community nurse, health visitor and senior NHS manager, said she was particularly interested in how health professionals could help victims to access the justice system.

Angela Antonatos of Victim Support, who is leading the research, said: "We need to make sure that victims with mental health problems have as much help and support as possible. The study will give them a voice, highlighting their experiences as victims and improving their access to justice."