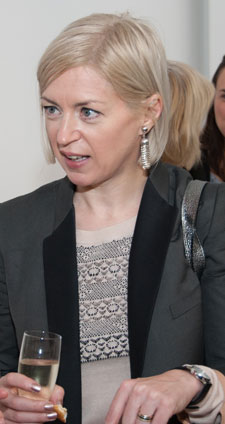 Elizabeth Price, a former reader at Kingston University's School of Fine Art and a previous fellow at the University's Stanley Picker Gallery, has won one of the world's most prestigious art awards.

Actor Jude Law presented the prize - named after Britain's most famous landscape painter J.M.W. Turner - to Ms Price on December 3. The award each year honours a British artist aged under 50 who is judged to have put on the best exhibition during the past 12 months.

Ms Price won for a solo exhibition staged earlier this year at the BALTIC Centre for Contemporary Art in Gateshead. It included her video installation The Woolworths Choir of 1979, which juxtaposes footage of a fatal fire in a Manchester branch of Woolworths with ecclesiastical architecture and 1960s' pop music.

"When Jude Law called out my name I felt terror - not elation," she said, recalling the moment when she joined an illustrious list of winners which includes Howard Hodgkin, Gilbert and George, Damian Hirst, Anish Kapoor, Rachel Whiteread and Gilian Wearing.

Ms Price received a fellowship from Kingston University's Stanley Picker Gallery in 2005. "It was hugely, hugely important in the development of my work," she said. "I'd recently changed direction from sculpture and, at that point, had only made one video piece that had been exhibited. I had no track record in that field and didn't have a high profile, so I really wasn't an obvious contender for the fellowship. It was a really great opportunity for me." 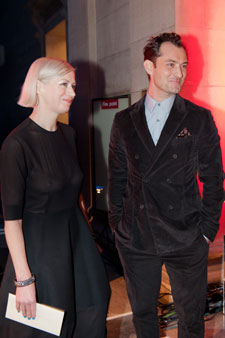 Ms Price used her Stanley Picker tenure to produce 'The House of Mr X.'. It was shot on location at the home of Stanley Picker, a cosmetics magnate who went on to become a significant benefactor of the arts. Picker died in 1982 having set up a trust fund which enabled Kingston University to establish the gallery that bears his name. Ms Price's film is a revealing glimpse of Picker's house in Kingston, designed by modernist architect Kenneth Wood, and the artworks he collected.

Following her appointment at the gallery, she took up a post as principal lecturer in Kingston University's School of Fine Art. "I found it really exciting," she said. "The whole department had this very optimistic atmosphere. There was a lot of energy around." She was promoted to the post of reader and continued to teach at Kingston until 2010.

"During this time, Elizabeth's contribution to the development of fine art at Kingston and, in particular, its research culture was particularly significant," head of school Louis Nixon said. "Both as an outstanding artist and as an educator, Elizabeth was instrumental in establishing the now highly-regarded PhD programme and research centre in the school, which continue to build and provide an intellectual and creative milieu for innovation in contemporary fine art."

Ms Price currently has a residency at the Rutherford Appleton Laboratory - a centre for world-class space research. "The scientists there are incredibly willing to share their knowledge," she said. "It's amazing to find yourself talking to someone who is a world expert on the sun, for example."

Ms Price returned to Kingston University two months ago when 'The House of Mr X' was shown as part of the reopening of the Stanley Picker Gallery after a major refurbishment. Gallery director David Falkner said her Turner Prize success had capped off a remarkable year for its fellows. El Ultimo Grito, design fellows in 2006, have recently carried off the London Design Medal while current fellow in fine art Andy Holden has won the Paul Hamlyn Award. 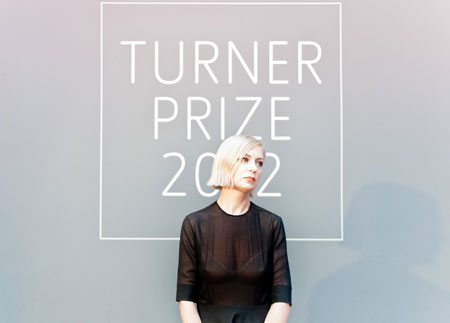