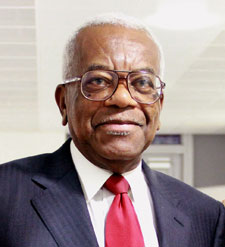 More than 200 captivated students heard from the former ITN News anchor at an event designed to help students looking to embark on careers in the media world. Such top industry names as the Financial Times, Haymarket, Which magazine, News Associates and Random House were represented, providing opportunities to quiz professionals in the field, but the highlight was the talk by Sir Trevor McDonald.

As the United Kingdom's first black broadcaster Sir Trevor - who is best known for presenting ITN's prestigious News at 10 programme for more than 30 years - has become a household name during a career spanning almost half a century.

Speaking directly to future journalists, Sir Trevor emphasised the importance of working hard and following up with multiple sources. "No one side has the whole story - drill down, do the leg work and it will pay off," he said. "At EU conferences, for example, I used to go to other European press briefings as well as the UK ones, just to make sure I got the complete story."

Kingston's talent development and employability manager Tonia Galati said Sir Trevor had painted a vivid picture of his time as a journalist peppered with descriptions of Saddam Hussein's strict regime, the showmanship of Colonel Gaddafi and taking a tour of the White House with George Bush.

"Our media summit provided a fantastic chance for students to learn from one of the country's foremost broadcast stars as well as from industry professionals," she explained. "The sessions focused on current hot topics in the job market such as freelancing and using social media." It was never too early to start thinking about different ways to boost a CV, she added, and tapping in to advice from those already in the industry was a great way to acquire those all important additional top tips.

The summit was one of ten careers events held since September. Marketing and advertising student Kudus Suleman went along to the event and has also been expanding his communications experience by working with the careers and employability team to produce their campaign materials. "My confidence and knowledge has grown enormously and meeting the legendary Trevor McDonald was totally inspiring," he said. "I wouldn't have had these opportunities anywhere else."

Employability skills sessions at the event focused on networking, freelance work and building an online presence. "All the sessions were delivered by media professionals giving students the tools to succeed in their job hunt in this highly-competitive industry," Ms Galati said. Networking sessions included recruiters from organisations including Pearson (Penguin), The Independent and Moonlight - a theatre group made up of drama graduates from Kingston. 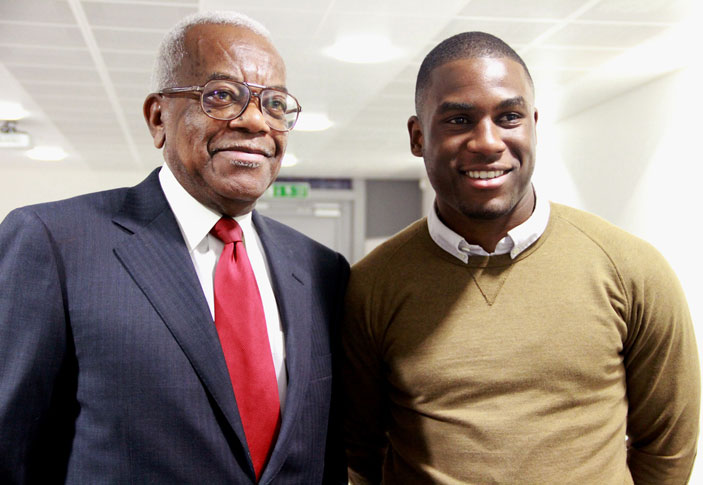 Find out more about the Careers Service at Kingston University.