Dream Lab project offers taste of food of the future 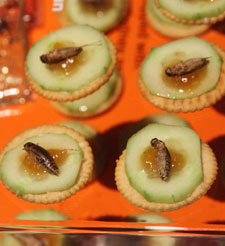 By 2050 people the world over could be growing food on the walls of their homes and have eco-kitchens - complete with robots to provide nutritional advice.

That's the vision of a team of Chinese students who have won a competition, called Dream Lab 2012, which focused on how farming, cooking and eating will change during the next four decades. The competition was run by Kingston University in London in conjunction with the British Council.

The University challenged some of China's most promising young scientists and designers to get their teeth into the future of food as part of a project to strengthen links between the United Kingdom and the world's largest nation.

The winning team was from Dalian Nationalities University, in the far north of China, who came up with an idea for an 'eco-kitchen'. Their win was announced at a ceremony in the heart of Beijing's design district and will see them win a trip to London where they will visit several leading museums and universities. More than 150 students from 31 Chinese universities took on the challenge of developing and expressing scientific ideas in a creative and inventive way.

"The competition wasn't simply about food," Kingston University curating expert Professor Catherine McDermott, who led the project, explained. "It was also about biotechnology and the massive advances being made in farming techniques and considering how designers - the very people who create our restaurants and kitchens - react to these changes."

The students from Dalian envisaged a world in which food could be grown indoors - or even on the sides of skyscrapers. This eco-kitchen would be equipped with a robot that would advise cooks about healthy eating, while food waste would be broken down to provide heating and energy for the home.

"What made their vision so impressive was the way they presented their ideas," senior lecturer in nutrition at Kingston University Dr Pedro Barra said. "They created a landscape two metres high by four metres wide to demonstrate the journey of food stuffs through the eco-kitchen - from preparation right through to disposal and use as a source of energy."

A spokeswoman for the winning team said they were looking forward to coming to London and meeting some of the experts who had advised them while they prepared their entry. "It really was a rewarding and creative activity which benefitted the students so much," she said. "We learned a great deal about teamwork, about how to make the most of the different characters in our team to improve our efficiency and perfect our designs."

The ingredients for the Dream Lab initiative were put in place in 2008 when the British Council asked universities in the United Kingdom to concoct a recipe for a competition to help develop design and scientific education in China. At the same time, it aimed to give the entrants a taste of British expertise in these areas. Kingston University's proposal for Dream Lab was chosen and the first competition ran the following year. Following its success, Kingston has been asked to take the helm for Dream Lab 2012, partnered by the Royal College of Art, the Design Museum and the Science Museum.

"Dream Lab is all about the visual representation of complex and sometimes controversial scientific knowledge using images, graphics and other design tools," Dr Barra said. "These tools have the potential to offer a wider understanding of a scientific message in ways that the written word can only aspire to. People may forget the words - they are far less likely to forget the pictures."

The entrants were whittled down to six finalists, with the cream of the crop presenting their ideas to a panel of judges in a live final. Professor McDermott and Dr Barra joined Professor Tim Molloy, head of design at the Science Museum, Michael Johnson of design consultancy Johnson Banks, Rebecca Lynch of London's So Far the Future gallery, Professor Anthony Dunne of the Royal College of Art and Donna Loveday, of the Design Museum to decide on the winner.

"The Dream Lab challenge not only gives Chinese students a taste of British education but also provokes ideas, creativity and innovation," education marketing officer at the British Council China Ewan Evans said. "The expertise of postgraduates in supporting the Dream Lab teams and the input from Kingston University has been essential to assuring the success of the project."

A fortnight before the grand final, the Science Museum hosted an event at which all the British Dream Lab partners were present, entitled the Future of Eating. It consisted of a series of talks and performances from scientists, artists and designers who discussed ideas including printed meals and edible insects. Guests were served 'conversational nibbles' - cards with questions, such as 'How does algae represent the future of food?' and 'Will artificial meat still taste the same?', designed to get them discussing cooking and eating. 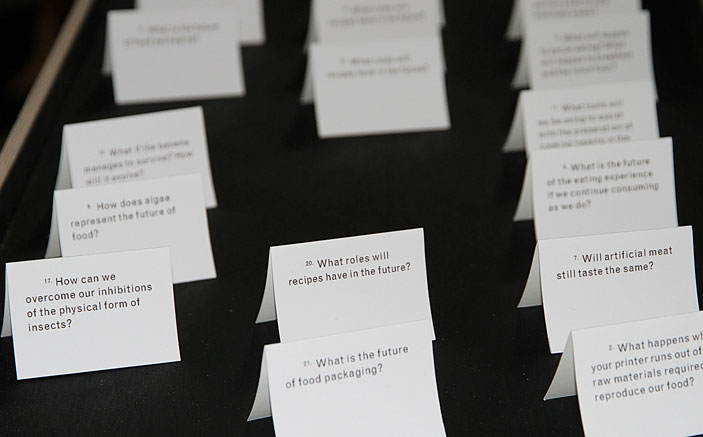