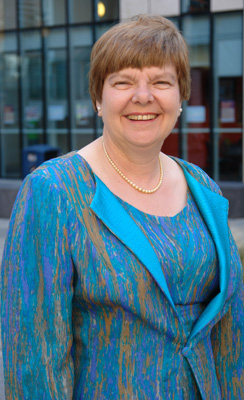 The Dean of Kingston University's Faculty of Science, Engineering and Computing has received a prestigious prize recognising her lifetime's work on drug metabolism.

Professor Edith Sim has devoted more than 30 years to researching enzymes known as NATs, which help the body absorb drugs. Her work has explored how different people vary in their response to the same drug and how this can have implications for the treatment of conditions such as breast cancer and infectious diseases including tuberculosis. Her work has attracted almost £12 million in research grants, much of it from the Wellcome Trust, and, over the years, has been aided by 40 doctorate students and more than 100 undergraduate students.

Receiving the J R Vane Medal from the British Pharmacological Society was a tremendous honour, Professor Sim said. "It's enormously rewarding to receive such an important acknowledgment of a huge body of research which has taken me and my colleagues decades to complete and includes aspects which will take many more decades to develop." The award is named after the late pharmacologist Sir John Robert Vane who won the Nobel Prize in 1982 for his work on prostaglandins - lipids involved in dealing with injury or illness.

Professor Sim is credited with knowing more about NATs - or arylamine N-acetytransferases enzymes - than almost anyone else in the world. "I'm fascinated by drug metabolism at a biochemical level but I'm also proud that my work has implications for the treatment of cancer and infectious diseases," she said.

Her research began in the early 1980s, when she undertook a clinical study into why the drug hydralazine, used to treat high blood pressure, caused a condition similar to lupus in some patients, attacking normal, healthy cells, tissues and organs. Professor Sim found the key was the way in which the biochemical make-up of the enzyme NATs varied from person to person, making it difficult for some patients to absorb the drug. This led to the development of genetic tests showing which patients had a high risk of developing lupus-type symptoms.

In the mid-1990s, she turned her attention to the effects of the potentially cancer-causing cells in hair dyes and dyes used in the leather industry, because they have the same molecular shape as hydralazine. Again this helped to show which people were at a higher risk of developing problems, in this case bladder cancer.

During the last 15 years of her career, Professor Sim has studied mechanisms in the body that inhibit NATs enzymes in the treatment of tuberculosis and in breast cancer. "In the case of breast cancer, we've developed probes that change colour when they bind with NATs enzymes so, by mixing the dye with tumour material, we can see how much enzyme is there," Professor Sim explained. This could allow doctors to determine whether a patient's tumour would respond well to drugs such as Tamoxifen or Herceptin, she said.

However, Professor Sim cautioned that it could take another 10 years before the test was sensitive enough to be marketed on a commercial basis. "Our tests give a way of specifying what a tumour's like and can help doctors decide the best way of treating it while minimising side-effects," she said. "We're not at the point of selling the test yet, but we do have funding to complete our research." 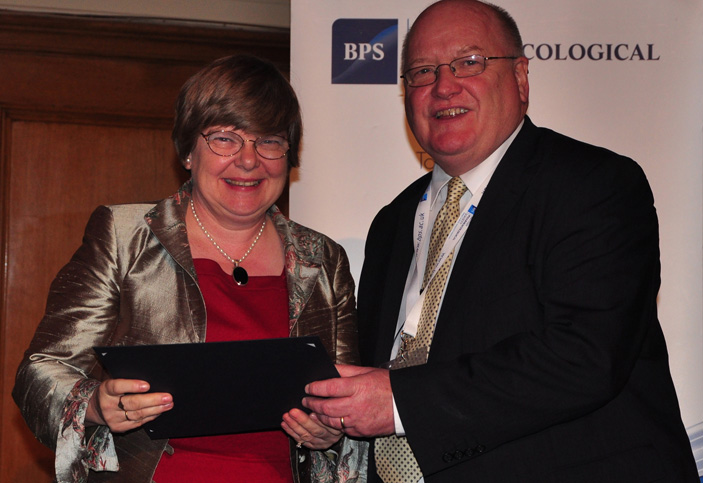 Professor Sim became Dean of Kingston's Faculty of Science, Engineering and Computing in 2011 after more than 30 years at Oxford University, where she is also a senior research fellow of St Peter's College. Her work on NATs inhibitors was the founding project in a company called VASTox, floated on the Stock Exchange in 2004.

President of the British Pharmacological Society Professor Philip Routledge praised the outstanding contribution Professor Sim had made to scientific research during the course of her career. "These achievements include key work on the link between blood pressure drug hydralazine and the serious side effect of drug-induced lupus erythematosis, as well as contributions to prognostic biomarkers in breast cancer and the development of new drugs in the treatment of tuberculosis," he said. Professor Sim was presented with the medal and a £1,000 prize in a ceremony in central London after delivering a lecture about her work to society members.