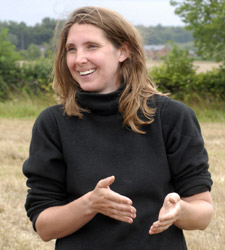 National Geographic has named a Kingston University-led discovery among its top ten archaeology finds of 2009.

A prehistoric complex containing two huge 6,000-year-old tombs, revealed by archaeologist Dr Helen Wickstead and her team, was one of only two UK discoveries to feature in the prestigious list.

Washington DC-based National Geographic, one of the largest scientific and educational institutions in the world, wrote about the find at Damerham in Hampshire in June. The piece on its news website attracted so much interest that it is ranked sixth in a list of its most popular archaeology coverage of 2009.

"We're delighted to be featured in the list," said Dr Wickstead. "The Damerham site is fascinating to me but it's great to know that so many other people around the world are interested in it too. I hope it'll continue to inspire people's interest."

The complex, which is 1,000 years older than nearby Stonehenge, caused a stir because it is sited in one of the most thoroughly researched prehistoric areas in Britain. The Neolithic tombs, some of the UK's earliest monuments, were only identified when aerial photographs of the area showed crop marks, which can indicate buried archaeological sites. 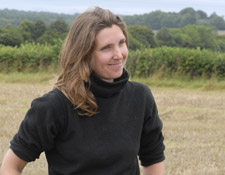 Dr Wickstead, a lecturer in the Faculty of Science, and her team have used non-invasive geophysical tests to identify two huge tombs, known as long barrows. The larger one, which is almost 70 metres long, could contain the remains of as many as 50 bodies and may have served as a place of religious offering, a community centre and a monument as well as a cemetery. Other parts of the site contain ditches and ceremonial structures from the early Bronze Age. Excavation of the site is due to begin in the summer.

Photographs of a Klondike Gold Rush-era "ghost ship" wreck at the bottom of a lake in Canada's Yukon Territory topped the National Geographic list. The largest Anglo-Saxon treasure hoard, found near Burntwood in Staffordshire - the only other UK discovery - came in at number two.