Expert talks tubes to celebrate 150 years of the London Underground 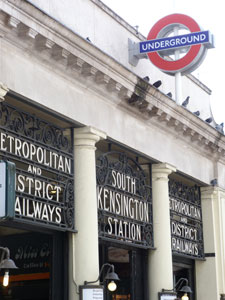 Did you know that the London Underground once planned to build its own airport? Or that the creators of the first Underground line originally intended that it would terminate in Paris? Or that pigeons regularly get on at Hammersmith and get off at Ladbroke Grove?

Kingston University architecture expert Dr David Lawrence is the source of such pearls of information. He can also talk knowledgeably about ghost stations, others that have featured in James Bond films and the lost tribe of cannibal Underground workers.

The London Underground has just celebrated its 150th birthday - the anniversary of the first tube journey from Farringdon to Paddington on the Metropolitan Line. "The line's owners planned to extend it out into Kent and ultimately, through a channel tunnel, to Paris," Dr Lawrence explained.

As well as envisaging a Channel Tunnel, more than a century before it became reality, the Underground's planners, in the 1930s, were keen to establish an airport to the east of London. "The Underground liked the idea of having its own airport and wanted to build one at a station at Fairlop, in Essex," Dr Lawrence said. "But the scheme was abandoned at the outbreak of World War II." 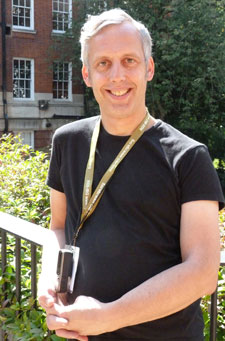 Dr Lawrence - who has been a consultant to London Underground and the London Transport Museum since 1990 - is particularly interested in the cultural history of the network. "The word underground became common currency at the time of the H.G. Wells novel The Time Machine 1895," he explained. The book foresaw a time when the human race would have, effectively, split into two sub-species - the leisured and effete Eloi, who lived on the surface, and the hard-working but vicious Morlocks, who laboured underground.

"The Morlocks did the work - they made society function," Dr Lawrence said. "The notion of underground culture, meaning a counter-culture of underground art and music, stems from this. On the surface you had the bright, shiny, well-functioning city - underground you had its sinister mirror image."

The Kingston University architectural historian has also studied the Underground's role on television and film. "In the 1950s you had Quatermass and the Pit, which saw giant locust-like aliens breeding in the tube, for example, and then, in the 1970s, there was a film called Death Line (Raw Meat), in which a lost tribe of former Underground workers preyed on passengers."

Several disused 'ghost' stations have been used in film and television. "Licensing these spaces for filming is big business for London Transport," Dr Lawrence remarked. "One of the most interesting ghost stations is Bull and Bush under Hampstead Common on the Northern Line. It's not disused - it was never used." 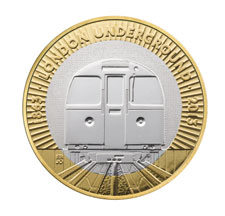 Dr Lawrence has lectured at Kingston University since 1998. His interest in the Underground extends to its logo and map. "Many people have remarked that the map is elastic - not geographic in its layout," he said. "What they may not realise is that this was a quite deliberate commercial ploy to exaggerate distances and encourage people to take the tube to make journeys that they could quite easily have walked."

Or flown, in the case of a group of pigeons who have been observed regularly travelling between Hammersmith and Ladbroke Grove and between Baker Street and Euston Square or Great Portland Street. "They take advantage of the fast food that's left on the trains and seem to choose these stations as they are quite near the surface," Dr Lawrence explained.