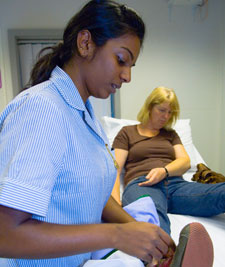 Student nurses from ethnic minorities can find it harder to secure work by the time they qualify and feel less confident about getting a job than their white British counterparts, according to new research conducted by leading healthcare academics.

The study was headed by Professor Ruth Harris from the Faculty of Health, Social Care and Education at Kingston University and St George's, University of London. Carried out in conjunction with experts from the University of Greenwich and South London and Maudsley NHS Trust, it examined the experiences of more than 800 final year students from eight universities across the capital. Professor Harris and her team looked at what factors influenced students' success in landing their first nursing job and found ethnicity, the type of nursing students chose to specialise in and university attended all impacted on their odds of securing work.

"There is already some evidence that ethnicity can have an influence on career progression, but this is the first study to examine its effect on employment opportunities for newly qualified nurses," Professor Harris, an expert in nursing practice and innovation, explained. "A positive sign is that a majority of the 804 student nurses who took part in the study had secured work by the time they completed their courses, but we found those from ethnic minorities were disadvantaged when it came to getting a job."

The research, published in the International Journal of Nursing Studies, was part of a series of four studies commissioned by NHS London chief nurse Trish Morris-Thompson in response to concerns about employment opportunities for newly qualified nurses educated in the capital.

All trainee nurses from the eight London universities offering nursing education who started their studies in September 2006 and February 2007 were invited to take part in the research. Overall, more than half of the 804 who responded had found work by the time they had completed their courses. 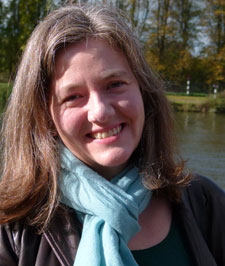 e report found that new nurses from all minority ethnic groups faced lower odds of getting a job offer before qualification than those who identified themselves as white British. The odds of black African and Asian Chinese students were lowest - half or less that of white British students.

"We discovered that, all other factors being equal, ethnicity is highly significant in determining whether a new nurse secures a job offer before qualification," Professor Harris, a qualified nurse with experience working on a Nursing Development Unit and as a ward manager within the NHS, explained.

Newly qualified children's nurses were more confident in their employment prospects and were more likely to have found a job than those specialising in other areas, Professor Harris said. Trainee mental health nurses were, on the other hand, least confident and were significantly less likely to have been offered work. Where a student graduated from also influenced how likely they were to have secured a job, although the universities were anonymous in the findings.

Professor Fiona Ross, Dean of Kingston and St George's Faculty of Health, Social Care and Education, said in a paper she wrote for the same journal that the research findings suggested universities' focus on widening participation and NHS equal opportunities policies may not have had as much affect as many people hoped.

"Universities across the country have been making significant progress towards widening access. Nursing has been very successful at attracting students who may not have traditionally considered higher education - and a high proportion of these are students from ethnic minorities," Professor Ross said.  "The NHS has also put considerable efforts into promoting equal opportunities in employment. But the impact of all this is clearly limited if ethnic minority students are then less successful in obtaining a good first job and subsequent career progression."

Professor Harris said the research was also important as employability was increasingly being used to measure the quality of nursing education programmes. If, as the research suggested, ethnicity has a significant impact on employability, the measure needed to be used carefully to ensure policies to increase the diversity of the workforce were not compromised, she added. 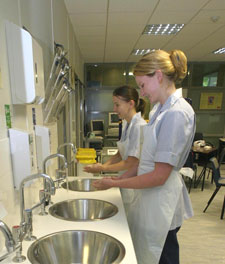 hat is all white British is probably not going to be meeting the needs of the population of a large, multicultural city like London," Professor Harris said. "One that reflects the diversity of the local population is likely to increase the appropriateness of care and the scope of understanding of how care should be provided to meet the needs of all patients."

Despite the long history of equal opportunity measures in the United Kingdom, there was still nervousness about addressing questions of ethnicity and achievement, Professor Ross added. She called for universities and healthcare employers to collect and use data on ethnicity and outcomes for their courses, recruitment processes and career progression.

"While we need to be vigilant in identifying and challenging prejudice and discrimination, the factors determining why some groups do less well than others tend to be more complex. They include structural, organisational, financial and cultural issues as well as attitudes," Professor Ross said. "Unless we have the data and are prepared to explore these factors we will not be able to develop appropriate action to address them."