If you've been walking around Kingston this week you will have probably noticed a large number of people wearing mortar boards and robes heading towards the Rose Theatre. At our graduation ceremonies, Kingston University has been celebrating students' successes and granting honorary awards to some inspirational people in recognition of their contribution, either to the University or in their particular field. This year the recipients are: 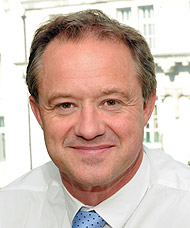 Andrew Haines was born in Merthyr Tyfdil, an industrial town in the valleys of South Wales, in 1964. He studied History at King's College London and, following a holiday job as a left-luggage clerk at Victoria Station, he joined the British Rail Management Training Scheme. He worked with MPs and peers at the Palace of Westminster to smooth the passage of railway legislation. On hearing that his wife was pregnant with their first child early in 1993, he swiftly applied for the Kingston MBA programme, graduating in 1995, by which time he had joined the newly formed Railtrack. After three years he was headhunted to join Stagecoach in their South West Trains operation, became operations director in 1999 and was appointed managing director in 2000, the youngest MD of a train operator.

In 2005, Andrew went on to lead the Rail Division of First Group, which became the largest group of train companies in the UK, responsible for five franchises and two private companies. In 2009, having decided to seek a career outside of the railways, Andrew was appointed to the newly created post of chief executive of the Civil Aviation Authority, where he had the joy of dealing with the impact of the Icelandic volcanic eruption in his first eight months.

Kingston University has awarded Andrew Haines the degree of Doctor of Letters honoris causa in recognition of his outstanding contribution to business and industry. 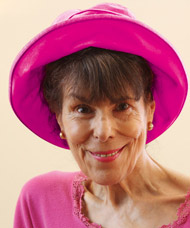 Wendy Perriam has been writing since the age of five, completing her first 'novel', A Pony At Last, on her 12th birthday. Expelled from boarding school for heresy, she escaped to St Anne's College, Oxford, where she read History. Her early ambition to be an author was finally fulfilled at Kingston University, where she'd enrolled to do a second degree in the mid 1970s. The stories she contributed to the college magazine were seen by the writer-in-residence, who showed them to his literary agent, and he agreed to take her on.

Since then, Wendy has written 24 books: 16 novels, acclaimed for their psychological insight and their power to disturb, divert and intrigue, and seven short-story collections, which explore themes of loss, rebellion and escape. Wendy also writes poetry and has contributed articles and stories to many newspapers and magazines. Her 17th novel, An Enormous Yes, will be published in June 2013.

Kingston University has awarded Wendy Perriam the degree of Doctor of Letters honoris causa in recognition of her outstanding contribution to literature and reading pleasure. 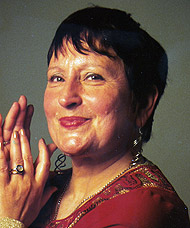 The soprano Jane Manning was born in Norwich and studied at the Royal Academy of Music and in Switzerland. She has more than 45 years' experience in an exceptionally wide-ranging repertoire, and continues to enjoy an active performing career. Since her London debut for the Park Lane Group in 1964 she has given more than 350 world premieres, and has worked closely with composers such as Boulez, Birtwistle, Cage, Carter, Knussen, Lutyens and Weir.

After six years as honorary professor at Keele University, she became Creative Arts Research Fellow at Kingston University, undertaking a major study of Pierrot Lunaire, of which her interpretation, matured over 47 years, is regarded as definitive. Her book Voicing Pierrot was published in June 2012, marking the work's centenary. Jane was awarded the OBE in 1990, and is a fellow of both the Royal Academy and the Royal College of Music. A former vice-president of the Society for the Promotion of New Music, she now serves as a trustee of the Musicians Benevolent Fund.

Kingston University has awarded Jane Manning OBE the degree of Doctor of Arts honoris causa in recognition of her outstanding contribution to contemporary vocal music performance and scholarship. 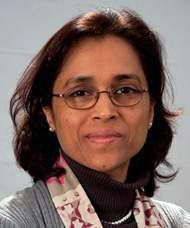 Professor Kingdon does advisory work for both national and regional governments on education policy, and provides advice on eduction-related aid given by international donor agencies, including the UK Department for International Development, the European Union, and the World Bank. In 2010, Professor Kingdon was appointed President of City Montessori School (CMS) Lucknow, India. According to the Guinness Book of Records, CMS is the world's largest school by pupils, with currently more than 45,000 students.

Kingston University has awarded Professor Geeta Gandhi Kingdon the degree of Doctor of Letters honoris causa in recognition of her outstanding contribution to education and international development. 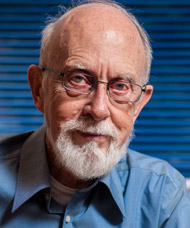 David is a fellow of the Institution of Engineering and Technology. After graduating from Kingston Technical College in 1959, he worked on aircraft instrumentation with Wayne Kerr Laboratories. He then joined Rosemount Engineering to work on high-precision temperature-measuring instruments and systems. In 1962, he joined Bailey Meters and Controls, which engineered large-scale control and instrumentation systems for the power, water and marine industries. As a systems engineer, he worked in China, Japan, India, Africa, Europe and the USA. He rose through the ranks and in 1976 was appointed director of engineering.

In 1980 David spearheaded the introduction of a large computer-aided design (CAD) system into the company's operations. This was one of the first large-scale CAD systems to be implemented in the UK and was successful in helping the company win valuable export orders on the basis of its ability to offer a rapid and efficient engineering design process. In 1982 David left to set up his own consultancy practice, providing engineering services to power and water companies worldwide.

David Lindsley was awarded Honorary Fellow of Kingston University in recognition of his outstanding contribution to the engineering industry and to the University's Faculty of Science, Engineering and Computing.