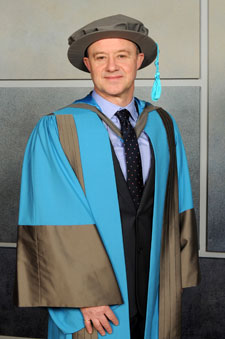 The chief executive of the Civil Aviation Authority (CAA) Andrew Haines says helicopter movements over London have almost halved since 2007, despite suggestions to the contrary in the wake of January's fatal helicopter crash in Vauxhall.

Mr Haines was speaking after receiving an honorary degree from Kingston University, recognising his outstanding contribution to business and industry.

It had been reported that some residents and MPs in the local area expressed concerns about the levels of helicopter flights before the crash which killed the pilot and a passer-by on the street on January 16. However, the official figures show traffic is down some 46 per cent compared with 2007. "Contrary to some recent suggestions, the number of helicopter movements in Greater London has actually decreased in recent years - falling from 34,872 in 2007 to 18,937 in 2012," Mr Haines said. "But all helicopter operations in London are very strictly controlled, ensuring that aircraft operate safely and avoid built up areas as much as possible. In addition to these arrangements, there are strict safety requirements for tall structures that ensure they are equipped with warning lights to enhance their visibility to pilots at night."

Mr Haines went on to explain to students how he had been just months into his new role as Chief Executive of the Civil Aviation Authority (CAA) when he was faced with the full force of the Icelandic volcanic eruption in April 2010 which saw hundreds of thousands of passengers grounded. "That all certainly came as something of a shock," he said. "I was dealing with uncharted territory because this was an immense challenge unknown in the United Kingdom and Europe in living memory. To compound the problems, the aviation community was publicly divided on the extent of the actual risk from the volcanic ash. Against the pressure of so many cancelled flights and ruined travel plans, the CAA was able to break the deadlock."

The CAA's solution was to open airspace where the concentration of ash in the air was below a new threshold agreed by scientists and engineers. It was agreed that aircraft engines could not be damaged below this level. "The outcome was a safe method of working which allows for considerably more flying in the future without exposing consumers and citizens on the ground to unacceptable safety risk," he added.

Mr Haines, who was born and brought up in south Wales, initially worked in railways after reading history at King's College London. He joined the British Rail Management Training Scheme and in various management roles he worked on the Channel Tunnel project and with MPs and peers at the Palace of Westminster to smooth the passage of railway legislation.

He applied for the Kingston MBA programme, graduating in 1995, by which time he had joined the newly-formed Railtrack. "I would say that my career really took off following my Kingston MBA in the 1990s," he said. "The MBA gave me a tool-kit and a confidence which added a new dimension to my work so I am now doubly indebted to the university. "

Three years after graduation, he was headhunted to join South West Trains, and was appointed managing director in 2000, the youngest MD of a train operator.

In 2005, Andrew was approached to lead the Rail Division of First Group, before finally leaving the railway industry for the newly-created post of chief executive of the CAA in 2009.

Professor Jean-Noel Ezingeard, Dean of Kingston Business School, said there were many reasons why Mr Haines was deserving of an honorary degree. "As a business leader Andrew has made an impressive contribution to the transport sector in the United Kingdom, first in his extensive career in railways and more recently steering the CAA through some challenging situations," he said. 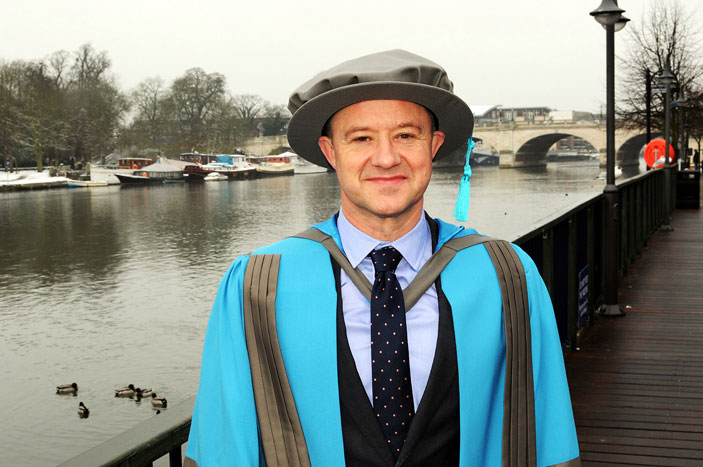