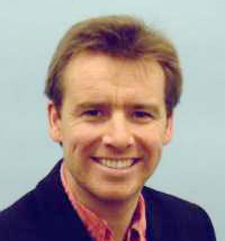 A senior academic has warned that it could be years before Haiti fully recovers from the effects of the earthquake that rocked the Caribbean republic in January. Dr Neil Thomas, an expert in earth sciences at Kingston University and a member of the UK Disaster Risk Reduction Forum, said the sheer scale of devastation meant the island nation would face a prolonged period of reconstruction once the more immediate phases of the rescue and recovery operation had wound up.

The 12 January tragedy had the potential to become one of the worst natural disasters of its kind to have hit the western hemisphere in recent times, Dr Thomas said. "Haiti is one of the world's poorest countries and that, combined with a very high population density, poor education, social unrest and a lack of earthquake-proof buildings make it extremely vulnerable to this type of natural hazard," he explained. The situation had been exacerbated by the fact that Haiti was still recovering from the aftermath of four successive hurricanes in 2008 when the earthquake struck.

The magnitude 7 quake, which Government officials estimate could have killed up to 200,000 people, was caused by slip on an east-west fault system where the North American and Caribbean plates slide past each other. It occurred only 10 kilometres below the Earth's surface, with an epicentre just 15 kilometres south west of the capital Port-au-Prince, where approximately 300,000 of the city's 2 million-strong population have been left homeless. Several unusually strong aftershocks, measuring more than magnitude 5, had caused further damage and added to the chaos in the capital.  "Even with better structural protection, extensive building damage would have occurred in a quake with these characteristics," Dr Thomas said.

Given Haiti's location in a complex geological region, such severe earthquakes are not totally unexpected. In 1842, a magnitude 8.1 earthquake on another fault system in the north of the country had killed 5000 people. "This makes the lack of rigorous disaster planning and management strategies all the more surprising," Dr Thomas said. "It's impossible to prevent earthquakes occurring, so the priority for the future has to be ensuring that countries like Haiti have well-planned, co-ordinated disaster risk reduction measures. These should include engineering solutions, scientific monitoring, educational measures, improved aid access and well-organised and rehearsed strategic responses."  While such measures would inevitably prove costly and there could be no guarantee that lives would be saved, they would nonetheless be an enormous improvement on the situation currently facing the country, Dr Thomas said.

Despite the valiant efforts of search and rescue teams from around the world who have already rescued more than 130 people using state-of-the-art technology, the chances of finding further survivors buried beneath the rubble were now rapidly diminishing. Much of the focus would now centre around more effective distribution of the huge amount of international aid that had poured into the country. "Major obstacles to proper distribution seem to have been largely logistical. Haiti doesn't have the infrastructure to cope with the scale of the operation, many roads are blocked and some of the outlying communities affected by landslides are very remote," Dr Thomas explained.

Medical supplies, water, food and specialist equipment were still desperately needed in Port-au-Prince and surrounding areas and the risk of disease remained very real. "Given the communication problems caused by the earthquake, it's a difficult operation to co-ordinate and it's not surprising that early on there were reports of people not knowing who was in charge or, worse still, of nobody apparently taking charge," Dr Thomas said. "This sometimes happens when there are so many non-government organisations in a disaster zone, all having their own methodologies and views on what should happen. Step by step things are happening and aid is beginning to get through so it looks as though the wheels are eventually starting to turn. There is a very long way to go however and tough times lie ahead for the Haitian people and the aid workers on the ground." 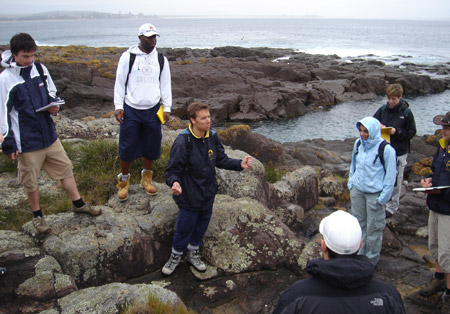